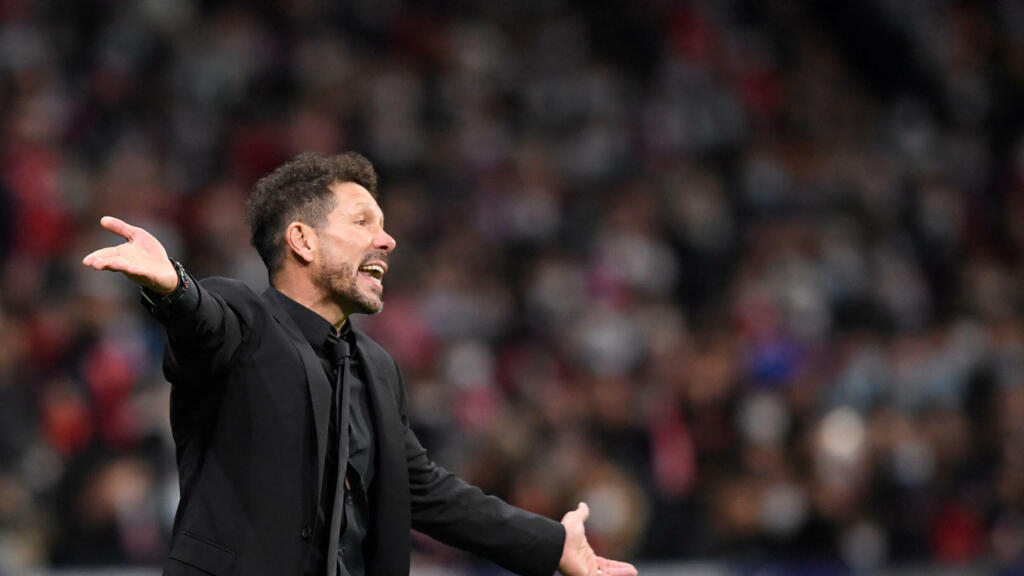 To continue in C1, Atlético Madrid must absolutely win Tuesday against Porto and hope for a defeat of Milan against a Liverpool already qualified. An already difficult equation for Diego Simeone, further complicated by a cascade of absences in defense.

Atlético no longer has his fate in his hands. Diego Simeone’s side must bet on a defeat for AC Milan against Liverpool, in addition to an imperative victory against Porto on Tuesday (December 7th) to advance to the round of 16 of the Champions League.

Is this the end of the Diego Simeone method? The electric and iconic Argentine coach who led Atlético to two C1 finals lost to Real Madrid in 2014 and 2016 risks leaving the road in Portugal, two weeks before celebrating his 10the birthday on the rojiblanco bench (December 23).

The Colchoneros, last of group B before this final day of the group stage, are no longer masters of their destiny: if AC Milan wins against the Reds, their fate is sealed. Otherwise, they will have to win to qualify in front of Porto.

Optimists will say that being transferred to the Europa League could offer a European epic more accessible to Madrilenians, like their adventures in 2018 (victory in the final against Marseille 3-0) or in 2010 (victory against Fulham). Atlético also won the Europa League in 2012, the year of direct participation in this competition.

“Either you get depressed or you rebel”

But in view of Atlético’s five-star squad this season, elimination would be a serious disillusionment. And the Colchoneros do not arrive in Portugal in the best conditions. Saturday in La Liga, they suffered their first defeat of the season at home against promoted Mallorca (2-1), a setback which relegates them to ten points behind their neighbor and leader of the standings, Real Madrid (39 pts) … which they will face on Sunday (9 p.m.) in the league during the derby in the Spanish capital.

“After such a defeat, there are two solutions: either you get depressed or you rebel. I’m betting on the second,” Simeone harangued in a post-match press conference on Saturday night.

“We’re big boys, we have the personality and the character. We are international players who have already lived through difficult times. We know that with work, we will come out. We have to analyze it all coldly. , and we will see that we still have a lot of things to improve, “reacted the very lucid captain Rojiblanco Koke after this surprise defeat, the second of the season in La Liga.

“This team has the character and the personality to get by. We have already done it, and this situation is no different. These are matches that every footballer likes to play,” insisted right-back Marcos Llorente on Monday , at a press conference.

For this “final” in Porto, Simeone should recover the Belgian Yannick Carrasco, absent against Mallorca.

But Uruguayan José Maria Giménez, still injured, did not take part in collective training on Monday, and will be unavailable, Simeone confirmed. An absence that will give Simeone headaches: Mario Hermoso is the only central defender available for this European duel.

Stefan Savic, regular holder, was injured against Mallorca on Saturday in La Liga, and Felipe is suspended. It is therefore defensive midfielder Geoffrey Kondogbia who should go down a notch to accompany Mario Hermoso in the hinge.

Porto, for their part, arrived on the scene: after a difficult first period, the Dragons easily beat Portimonense at home 3-0 on Friday, and continue to share the lead of the Portuguese championship with Sporting, Lisbon derby winners 3-1. at Benfica.