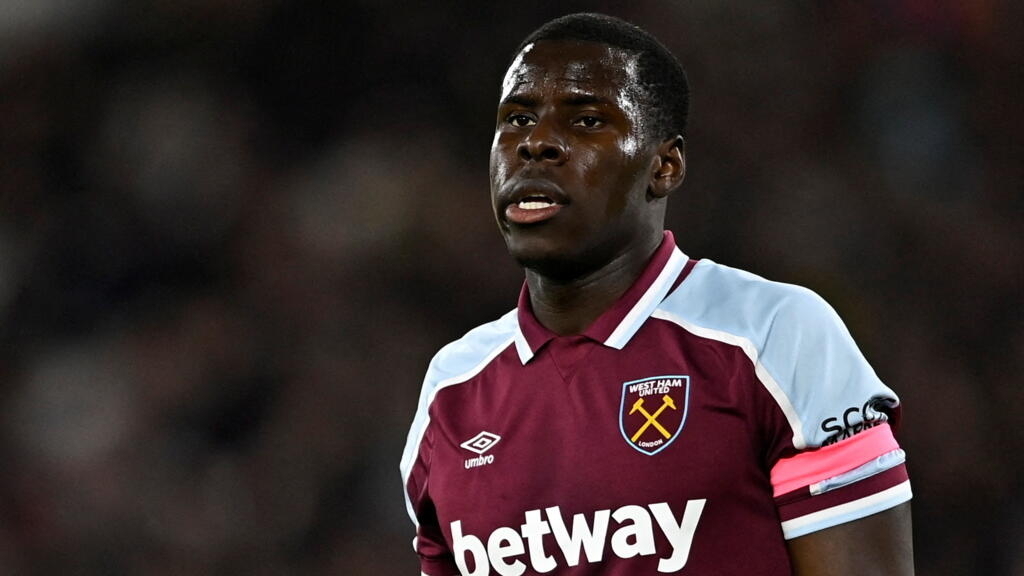 The scandal surrounding the video which has gone viral showing the French international Kurt Zouma in the act of attacking his cat took on new dimensions on Wednesday, the day after the player started with West Ham for a league match. Criticized by the mayor of London, whistled by his own supporters and dropped by his equipment supplier Adidas, the player was finally sanctioned by his club.

The controversy around the video showing the French international Kurt Zouma hitting his cat was gaining momentum on Wednesday in England: nearly 200,000 people demanded legal action, his cats were taken away from him and his equipment supplier Adidas broke up her contract with him.

His club West Ham imposed on him the “heaviest possible” fine on Wednesday. Such a sanction generally corresponds to a withdrawal of two weeks’ salary from the footballer, or around 300,000 euros in his case.

The equipment manufacturer Adidas has for its part decided to break the contract binding it to the native defender of Lyon. “We have closed our investigation and we can confirm that Kurt Zouma is no longer an athlete under contract with Adidas,” the three-stripe brand said in an email to AFP.

The British public was outraged to see the 27-year-old kick his cat, throw a shoe at him and slap him as he took refuge in the arms of a child.

“In the UK we have animal abuse laws, laws that should apply to everyone, rich or poor, famous or not! We are calling on the Metropolitan Police and the RSPCA (Royal Society for the Prevention of Cruelty to Animals) to carry out an urgent investigation and prosecute the perpetrators of this heinous act”, explains the petition, which had exceeded 220,000 signatures in the evening.

Shortly after the broadcast of the video, Kurt Zouma and the club had apologized, but the tenure of the player the same evening, for a championship match against Watford, had revived the controversy even more.

Insurance company Vitality has suspended a ‘wellness’ partnership with West Ham saying it is ‘extremely disappointed with the club’s lack of judgement’. “Experience Kissimmee”, a resort in Florida, for its part called Zouma’s presence on the field “disappointing” and announced that he would review his financial ties with the club.

“This is how your cat feels”

Kurt Zouma was jeered at throughout the game by fans, including his team, and when he complained of pain after an opponent foul, some even sang “this is what your cat feels” .

Hammers coach David Moyes defended his decision by saying he needed his best players as the London club were in the fight for Champions League qualification.

But the case went all the way to the Mayor of London, Sadiq Khanwho called the former Chelsea player’s actions “despicable” and said he was “disappointed” with the manager and the management.

In the middle of the afternoon, the club announced the fine against the player. “The player immediately accepted it and asked that the amount be donated to an animal rights organization”, after having “of his own free will [remis] the two family cats to the RSPCA for examination,” West Ham pleaded.

Anyone who mistreats an animal in such a flagrant and intolerable way must suffer the consequences of their actions. We therefore ask Didier Deschamps to deselect Kurt Zouma from the France team.https://t.co/0eempxCNTj


In France, too, the indignation was strong. The Brigitte Bardot Foundation, the 30 Million Friends Foundation and the SPA have decided to file a complaint. “Although the offense is in England, we believe that we have a prejudice, because it is visible in France”, estimated with AFP Jacques-Charles Fombonne, president of the SPA.

“Free, stupid and mean”, according to Noël Le Graët

In a letter to the French Football Federation, of which AFP obtained a copy, the president of the SPA calls for “a rapid and exemplary sanction” on the sporting level and wishes that he “never appear again in the ranks of the French team”.

Noël Le Graët, president of the French Federation (FFF), judged in a statement sent to AFP that the player’s behavior was “gratuitous, stupid and mean”, but noted the apologies of a “boy known to be respectful”. He did not mention any measures against him.

Kurt Zouma has eleven selections with the France team and was part of the last gathering of the Blues in November 2021. He was also on the list of players selected last summer for the Euro, but did not play a single match .

the final relocated from Saint Petersburg to the Stade de France

planned in Russia, the final of the Champions League relocated?