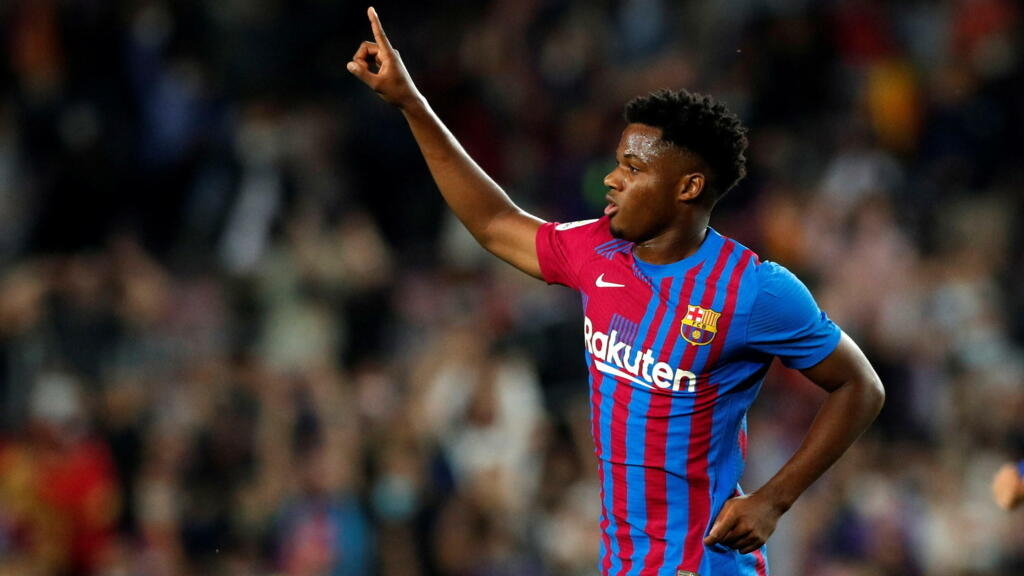 Match apart in the hearts of football fans, FC Barcelona hosts, on Sunday, Real Madrid at the Camp Nou for the first clasico of the 2021/2022 season. The first also without Messi, left this summer at PSG.

First Ronaldo left then it was the turn, this summer, of Lionel Messi. The Barcelona-Real Madrid clasico, Sunday 22 October, in La Liga marks the end of an era for football across the Pyrenees and will illustrate its renewal with a passing of the torch between the thirty-year-olds Gérard Piqué and Karim Benzema to the young shoots Ansu Fati and Eduardo Camavinga.

On the one hand, the almost teenage Eduardo Camavinga, Ansu Fati, Pedri, Gavi, Miguel Gutierrez, Vinicius, Rodrygo, Eric Garcia, Sergino Dest, all under the age of 21. On the other, the experienced Karim Benzema, Gérard Piqué, Luka Modric, Toni Kroos, Marcelo, Jordi Alba, Sergio Busquets, Sergio Aguero, who have all passed their thirties.

Ten years separate these two generations of stars of the Spanish championship. One rubbed shoulders with the golden age embodied by the rivalry between Cristiano Ronaldo and Lionel Messi. The other has a page of history to write.

On Sunday, for this first clasico since “Leo” and “CR7” left Spain, it will be up to young contenders Ansu Fati (who has just extended at Barça until 2027) and Vinicius (who has just scored a double in the Champions League on Tuesday) to raise the gauntlet.

“We have neither Cristiano Ronaldo nor Lionel Messi, we will miss them on Sunday more than ever, but the level of our football is still a safe bet,” warned Alfredo Relano, honorary president of the Madrid sports daily As, in an editorial.

However, this passing of relay between the generation of Spanish world champions in 2010 with Pique and Busquets and that of the “Dream Teen”, the communication slogan launched by Barça to qualify its new wave of young talents, did not happen without a decline in regime that has somewhat damaged the prestige of the clasico.

“We are in full transition”, nuanced Relano for AFP. “Not long ago, there were still two fantastic players here. Between Barca and Real there were Casillas, Puyol, Sergio Ramos, Xavi, Iniesta, Xabi Alonso… Players who have been world champions with Spain. So yes, of course, we regressed,” admits this respected voice of Spanish football.

“I remember one year (2012), in the best eleven of Fifa, there were five players from Real, five players from Barça, and Falcao, who played at Atlético Madrid. It was a sensational time for Spain. Now, the prestige of that time, having Messi, Cristiano, and so many world champions on the same pitch… It’s not going to happen again anytime soon. This era had to know its biological death at some point, it was obliged”, argues the columnist.

Mired in serious financial and sporting difficulties, Barça has made the strategic choice to turn to its very famous training center, La Masia, to try to return to the front of the Spanish and European scene.

Barcelona has become one of the youngest teams in Spain, with an average age of 25.4 years, almost two years younger than Real. Five players of Ronald Koeman’s eleven-type are aged 20 or under: the muse Ansu Fati, but also Gavi, Sergino Dest, Eric Garcia and Pedri, hit in the left thigh and who may be too right on Sunday.

A decade separates them from Pique, Sergio Busquets or Marc-André ter Stegen, the managers of the blaugrana locker room.

On the Madrid side, the veterans make resistance: the “White House” still has one of the best midfielders in the world, with the thirty-year-olds Toni Kroos, Luka Modric and Casemiro, as well as a candidate for the Ballon d’Or in attack, Karim Benzema.

But Carlo Ancelotti, and before him Zinedine Zidane, pushed to try to install young people in key positions. The Italian had said he was “surprised” at the start of the season by the quality of Madrid’s young talents, and had confided in talking “almost every day” with Raul, the coach of the reserve team.

On Sunday, it is the team that will have the best success in its intergenerational relay that will be crowned queen of the clasico.

NBA | Basketball – NBA: This big prediction on the Lakers season!

Margaux Pinot-Alain Schmitt, the case of domestic violence that moves the world of judo