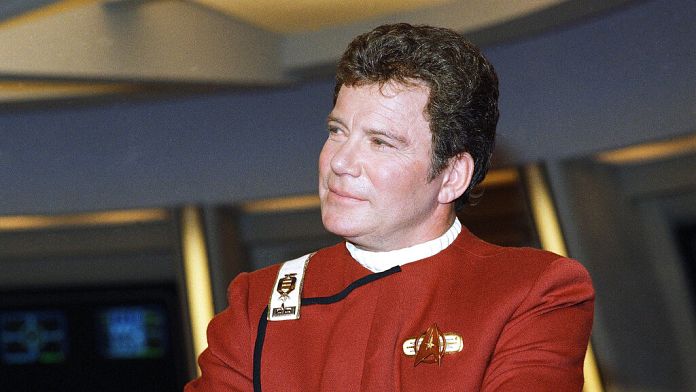 The actor who first portrayed the mythical Captain Kirk from the Star Trek series, William Shatner will take a seat aboard the upcoming Blue Origin”s space flight next week.

“I’ve been hearing about space for a long time, I seize the opportunity to see it with my own eyes,” William Shatner said in the Blue Origin statement.

“What a miracle,” added the Canadian actor, who will therefore, at 90, become the oldest person to go into space.

Blue Origin, which is scheduled to launch from West Texas on October 12, will also embark a company vice president, Audrey Powers.

This flight will take place less than three months after the mission in which the company carried its first four passengers, including founder Jeff Bezos.

The trip proposed by Blue Origin is an experience of a few minutes above the Karman line which marks, at an altitude of 100 km, the boundary of space according to the international convention.

Passengers can detach themselves from their seats and float for a few moments in weightlessness.

This theft comes at a time when Blue Origin is accused by some employees, both former and current, of maintaining a “toxic” work environment and neglecting environmental issues.

In their online op-ed, these employees claim that many of them would not “board a Blue Origin ship,” denouncing a lack of staff, resources and extreme pressure to cut costs and deadlines.

This information apparently did not frighten William Shatner. “Yes, that’s right, I’m going to become a rocket man!”, he rejoiced Monday on Twitter.

“Blue Origin has no tolerance for discrimination or harassment,” reacted the company ux accusations of its employees.