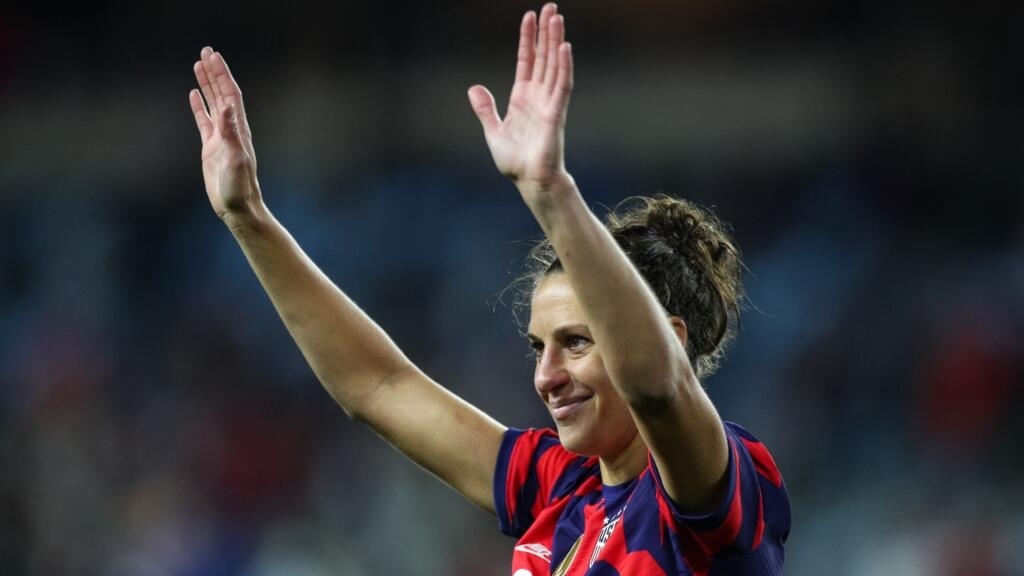 Carli Lloyd, a living legend of women’s football, played her final international match on Tuesday. An international career ended with a 6-0 win for the United States over South Korea in a friendly match.

A 316e and last selection and then goes away. The iconic number 10 Team USA’s, Carli Lloyd, bid farewell to her national team on Tuesday, October 26, at the age of 39, during the United States’ 6-0 win over South Korea in a friendly match.

The living legend of women’s football, scored 134 goals for the U.S., came out at 65e minute, replaced by another large figure of Team USA, Alex Morgan, at Allianz Field in Saint Paul, Minnesota. Carli Lloyd then embraced each of her teammates before leaving the court greeting the audience.

“It has been a long career, I do not know if there is really much to say,” said after the meeting the double world champion and double Olympic gold medalist with the United States. “I want to thank all the fans, the skeptics, the critics, everyone – you pushed me to go further and further and I am extremely grateful.”

“It was an honor to play this beautiful sport. I hope you know that I gave everything I had for each of you,” she added.

Only player to score a hat-trick in World Cup finals

The striker, however, could not register a 135e international goal, prevented several times by the South Korean goalkeeper Kim Jung-mi.

Carli Lloyd, who made her international debut in a match against Ukraine on 10 July 2005, is one of the greatest players in women’s football history. She is the only player to have scored a hat-trick in a World Cup final, completing the feat in the first 16 minutes of the 2015 final, which Japan won 5-2.