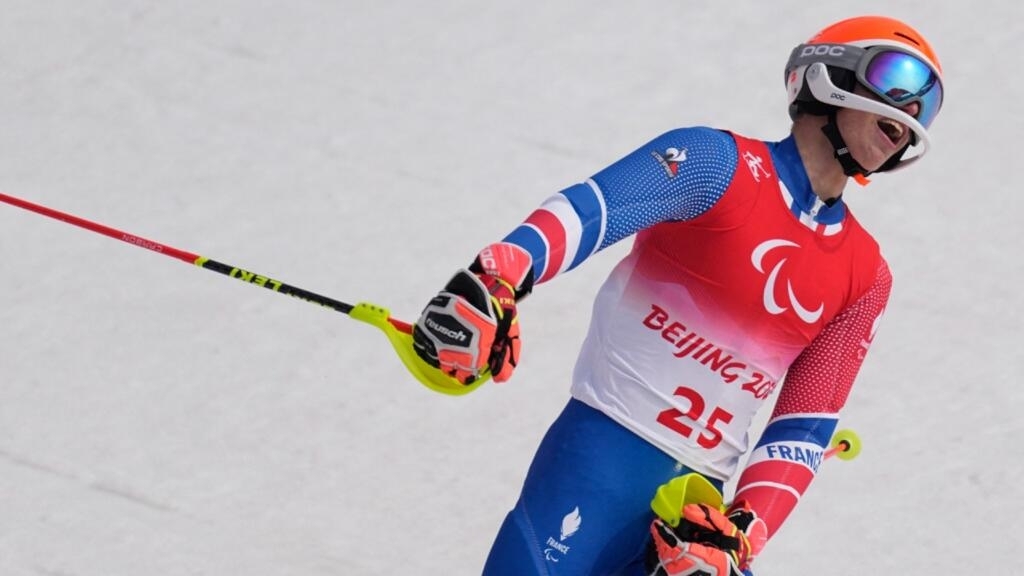 On the tracks of Yanqing, in the mountainous suburbs of Beijing, Arthur Bauchet, 21, beat Chinese Liang Jingyi and New Zealander Adam Hall. This is the fourth medal for Arthur Bauchet at these Games. The communicative jovial athlete had already won two titles (downhill and super combined) as well as silver in the giant slalom.

For their part, on the slopes of the northern site of Zhangjiakou, Benjamin Daviet and Anthony Chalençon, titled in Pyeonchang in 2018, were overtaken by the Ukrainian team. “It was still a strong race. It’s just incredible” to have obtained the silver, declared Benjamin Daviet, who thus obtained the tenth Paralympic medal of his career.

“It is a reward” for the whole team involved in the preparation of the two men, “for all their work invested for the Games and for four years”, he underlined. “We gave everything. I’m so happy,” reacted Anthony Chalençon, 31, for his part. This is the fourth medal in Beijing for Benjamin Daviet.

The 32-year-old Haut-Savoyard, France’s flag bearer at the opening ceremony, had already won gold in cross-country skiing (sprint) and biathlon (individual), as well as silver in long-distance middle distance . The silver won on this 4 x 2.5 km open relay also allowed Anthony Chalençon, a native of Évian, to leave the Beijing Games with a Paralympic medal.

France ends these Paralympics with 12 medals (including seven gold). It is fourth overall, behind China, Ukraine and Canada.

Chelsea-Real Madrid, the shock of the quarter-finals