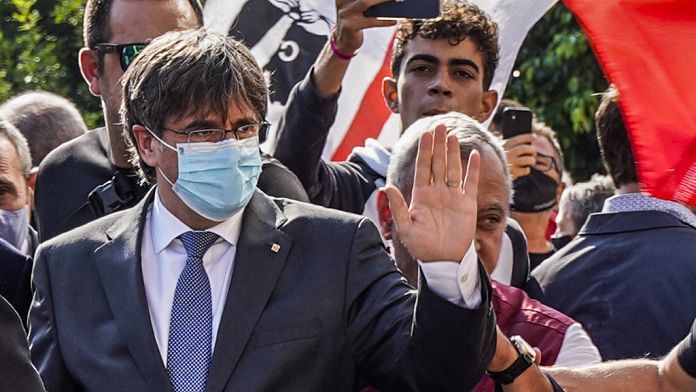 Carles Puigdemont presented himself this Monday before judges in Sardinia”. The Catalan separatist leader is challenging the legality of the European arrest warrant issued against him by Spain.

The Catalan independence leader Carles Puigdemont presented himself this Monday at the court of Sassari in Sardinia. He was due to appear for a hearing on the legality of the European arrest warrant issued against him by Spain, which wants to extradite him to try him.

The decision of the Court of Appeal of Sassari on the extradition request sent by the Spanish judicial authorities will determine the next developments. Lawyers for Carles Puigdemont said they were convinced that the former president of Catalonia would remain free after today’s hearing.

The separatist leader is being prosecuted in Spain for his role in Catalonia’s attempt to secede in 2017.

MEP since 2019, he was stripped of his parliamentary immunity last spring.

He lives in Brussels and had come to Sardinia to attend a cultural festival, when he was arrested last week.