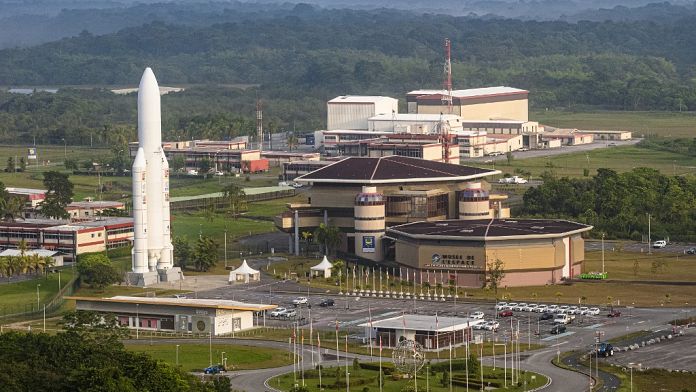 The European company ArianeGroup will develop a reusable mini-launcher, in particular to compete with the Americans of SpaceX, pioneers of this technology, announced Monday the French Minister of the Economy Bruno Le Maire.

This launcher “must be able to be operational in 2026”, affirmed Mr. Le Maire, during a visit to the ArianeGroup site in Vernon, in Eure in Normandy, where the engines of the large Ariane rockets are in particular tested.

Europe “missed the turn of the reusable launcher, we did not believe it, we fell behind compared to our American partners who developed SpaceX and Falcon 9, and this delay must be made up”, conceded Mr. Le Maire, presenting France’s new space strategy.

This strategy also includes the ambition to develop “micro-launchers”, which are also reusable, and to further integrate young shoots into this ecosystem.

The Vernon site, whose employees were worried about the fallout from ArianeGroup’s announcements in September concerning the elimination of 600 jobs in France and Germany, is intended to see its workforce increase, promised the minister who was surveying his Eure. electoral lands.

Admittedly, the site will lose the Vinci engine, one of those equipping Ariane 6, but activity will be provided by the future heavy engine Prometheus and the return of the “turbopumps” activity, underlined Mr. Le Maire. , in addition to that of the future reusable mini-launcher, which will nevertheless be in competition with other European projects, in particular Germany.

Vernon will also be the place where hydrogen production from renewable electricity sources will develop, the minister said.

A joint venture between Safran and Airbus, ArianeGroup is currently preparing its future Ariane 6 heavy launchers, whose inaugural qualification firing is scheduled for the second half of next year.