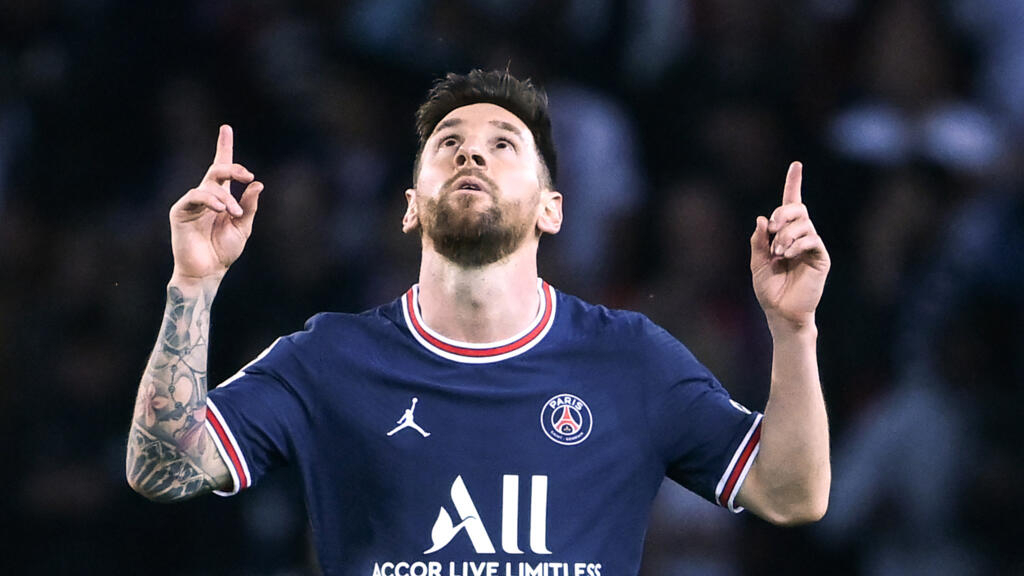 At the top of the bill of this weekend of Ligue 1, the Marseille-Paris SG clash will mark the great debut of Lionel Messi in the “Classic” of the French championship, but also of the Argentine coach Jorge Sampaoli, who helped the Southerners to find the peaks.

PSG’s stunning win against RB Leipzig in the Champions League? The draw ripped from high wrestling by OM on the pitch of Lazio Rome in the Europa League? The fans of both clubs are ready to exchange their European performances for a victory in the first Clasico of the season between Phocéens and Parisians, Sunday 24 October, at the Marseille Velodrome.

The shock will have pace in the conclusion of the 11e day, between a PSG almost untouchable this season (1er, 27 pts) and a sparkling OM offensively and always well hung on the podium (3e, 17 pts).

Mattéo Guendouzi launched the hostilities of this traditionally hot match: “With this fervor here at home, I know that we can do something very good. (…) I believe in my team and I am sure that we will take the three points”, launched the ambitious Marseille midfielder, bravado, to the microphone of Prime Video.

Messi looking for his first goal in L1

Among the plethora of South Americans in both teams, two will discover the top of Ligue 1. On the Old Port side, Jorge Sampaoli, coach since February, will finally taste the hottest of French shocks. Capital side, Lionel Messi will be confronted with the French version and the warm atmosphere of the Velodrome.

Perhaps he will have a look for the original Clasico which, coincidentally of the calendar, will take place a few hours before and which will see opposing, without him, FC Barcelona and Real Madrid. However, he will have to remain focused: author of a double in the Champions League against Leipzig, Lionel Messi is still looking for his first goal in Ligue 1. Placing it in the lair of the Phocaean enemy would directly enter the annals of the club.

In his quest, he will be able to count on Kylian Mbappé, who served him on a board both goals Tuesday. Doubts still remain, on the other hand, around the presence of his friend and compère Neymar, hampered in the adductors.

For the record, if Messi will discover Marseille and his ultras, who planned to welcome him with “Qatari Petrodollars” printed, it is not the first time he will play against OM. At the age of 17, La Pulga had, in October 2004, a friendly match between Barcelona and Marseille in Perpignan. It was another time, a time when Marseille regularly won its Clasicos.

Sampaoli, the man who woke Marseille

Indeed, since the takeover of PSG by the sovereign fund of Qatar in 2011, the Clasicos are hard for Marseille. It’s simple: at the Velodrome, Marseille have not won against their best opponents since November 2011. In 22 confrontations since this victory, OM has won it only once : it was September 2020 at the Parc des Princes.

To turn the tide, OM may have found its man: Argentine Jorge Sampaoli called “El Loco” (the fool). Since his arrival at the helm of the team in February 2021 after a period of doldrums at the club, the technician has worked hard to methodically rebuild the club with his demanding methods. A job that pays for the moment: Marseille points to third place, with a game of the taste of the supporters.

Sampaoli on the reunion with the Argentines of PSG: “My first concern is to prepare my team, especially since we have very little time to do it. There is no time for memories, I am focus on the present”
#Liveconf

Jorge Sampaoli believes he has the key to controlling his compatriot, which he had under his command when he was in charge of the Argentina national team :

“I played against him and directed him. He is the best player in the world, it is very difficult to control him. The most important thing is to minimize the individualities of PSG through our control of the game. We have to make sure that Messi is far from our surface, otherwise he can do very badly,” he explained in a press conference.

“How to control PSG while being offensive? By controlling the ball, with possession. It will be necessary to control the bullet losses in the face of very fast elements, which have a lot of individual abilities. We’ll have to defend with the ball. For us, it is the opportunity to play against the best players, so we will have to apply ourselves and raise our level of play,” he recalled. “We will also have to pay attention to emotions to not get out of the game. If we change our idea in the face of such a strong and fast team, we will surely suffer.”

With a sold-out Velodrome stadium, OM will be able to count on the reinforcement of its supporters. The “Loco” is man to feed on the warm atmospheres that constitute the salt of the “Classic”.

“We know that we have to be competitive for the fans, the city, the club. The difference of these matches is the emotion of the supporter who gives it, that’s what makes it special,” he explained.