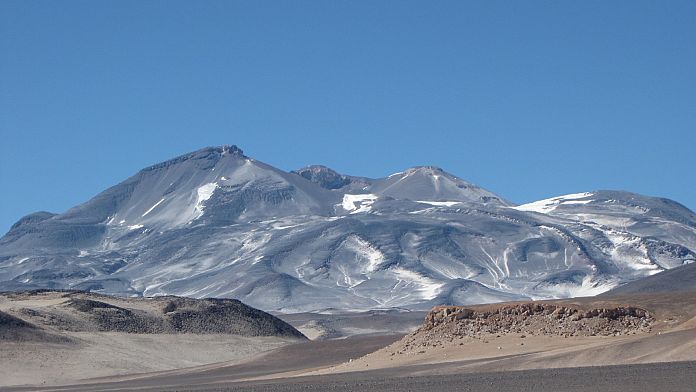 Two French climbers, whom a team of Argentinian rescuers had been looking for since Sunday in the area of ​​the Andean volcano Ojos del Salado, which rises to 6,891 m above sea level, were found unharmed, local authorities announced on Tuesday.

The mountaineers, who had undertaken the ascent of this prized summit, considered the highest volcano in the world, from the city of Fiambala (1,357 km northwest of Buenos Aires), had sent a satellite distress signal this weekend in difficult weather conditions. A team of high mountain rescuers set off on Sunday afternoon.

The two Frenchmen were discovered Monday at about 5,600 m above sea level, a little higher than the temporary camp that the rescue team had to set up for the night of Sunday, before resuming searches in the early hours on Monday.

The two climbers present “logical health problems (dehydration) given the difficult context they had to face, but without major risks to their integrity“, indicated the Ministry of Security of the Province of Catamarca on its Facebook account.

They were transferred to an intermediate base camp at Cortaderas (about 3,300 m above sea level) and were to arrive overnight in Fiambala (1,500 m) where “they will receive all the necessary attention“, according to the provincial ministry and Civil Defense.

The research began on Sunday against a background “difficult climatic conditions, with heavy rains and hailstorms in the high mountains“, according to the police in the province of Catamarca, in the north-west of the country.

Rescuers had established that the French group initially consisted of three men, one of whom had turned around for altitude acclimatization problems, while the other two continued to climb. The climber who came down was “in good health“, according to the provincial police.

According to local media, the French climbers arrived in Fiambala last week.

They had to undertake the ascent of the snow-capped peak of Ojos de Salado, on the border of Chile and Argentina, by the so-called Quebrada de Quemadito route, at an altitude of 3,400 m at the start, which requires at least ten hiking days.