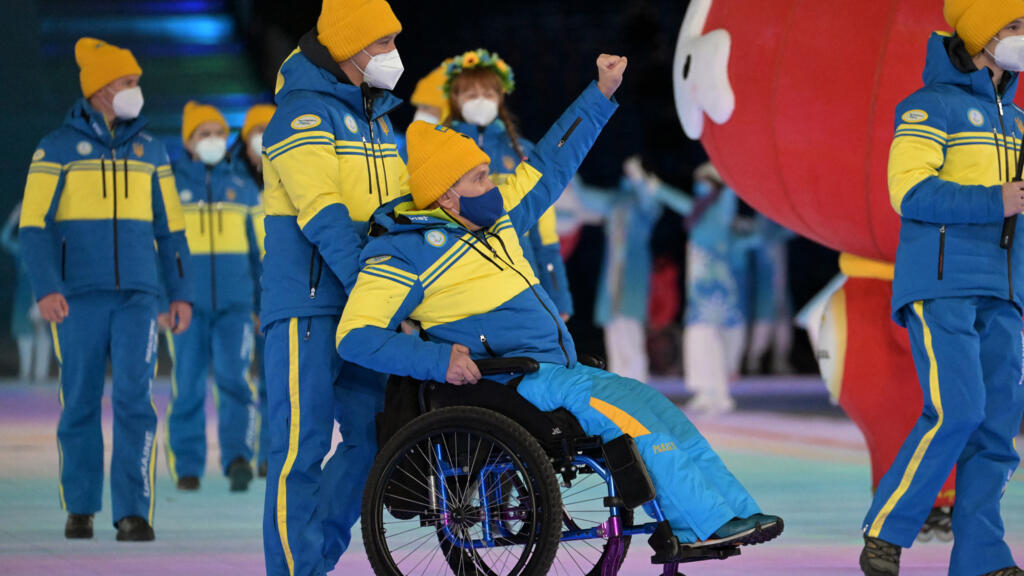 The Paralympic Winter Games opened on Friday in Beijing in a climate weighed down by the extra-sporting context of the Russian invasion in Ukraine which led to the exclusion of Russian and Belarusian athletes.

Boycott threats, tensions between athletes, exclusion at the last moment of Russian and Belarusian athletes… The Paralympic Winter Games in Beijing opened on Friday, March 4 in a tense climate by the war in Ukraine.

The Russian invasion, carried out with the cooperation of Belarus, has already led to Russia’s exclusion from numerous sports competitions, including the 2022 World Cup, following an appeal by the International Olympic Committee (IOC). And politics was also invited to the Paralympics (March 4-13), to the chagrin of the International Paralympic Committee (IPC), which on Wednesday authorized Russian and Belarusian athletes to compete, before changing their minds the next day.

A strong contrast with the Olympics

The opening ceremony on Friday evening in the presence of Chinese President Xi Jinping therefore took place without any representatives of the two countries. A contrast with that of the Beijing Winter Olympics just a month ago: the Russians, numerous and applauded, had paraded in front of their president, Vladimir Putin, guest of honor.

Sanctioned for several years for institutionalized doping, Russia cannot send athletes to compete under its flag in major international competitions. Russian leaders cannot, in theory, go to these events, except at the invitation of the head of state of the host country… What Xi Jinping had done for Vladimir Putin.

The two countries had published a joint press release on this occasion.which had sealed an unprecedented level of friendship, demonstrating their common position against NATO and American influence in Asia-Pacific.

The New York Times also claims that China had asked Russia to delay its invasion until the end of the Olympics on February 20. Allegations firmly denied by Beijing.

The IPC Governing Board has decided to refuse the athlete entries from the RPC and NPC Belarus for the Beijing 2022 Paralympic Winter Games. https://t.co/8rE0szi8YE


The IPC first announced on Wednesday that Russian and Belarusian athletes could participate in the Games, but under a “neutral” banner. Finally, faced with pressure from many countries, the organization returned, less than 24 hours later, to its position and announced the exclusion of the representatives of Moscow and Minsk. A reversal justified by the fact that “teams and athletes threaten not to participate”.

“The situation in the athletes’ village is deteriorating and guaranteeing their safety has become impossible,” said Andrew Parsons, president of the IPC.

A heartbreak for an international organization which says it has always advocated inclusion and the rejection of all political influence in sport. If the Paralympic committees of many countries have approved this new position, Moscow denounced “a monstrous situation” and “a shame”, promising to take sports justice.

In China, host country of the Games, Internet users were divided.

“Why didn’t American athletes not be excluded when the United States invaded Iraq and Afghanistan?” asks a user of the Weibo social network. Conversely, “those who start a war during the Olympic truce must be severely punished”, wrote another.

“It’s a miracle that we arrived”

After a difficult journey by coach through Europe, the Ukrainian delegation arrived on Wednesday by plane in Beijing, where it received countless messages of solidarity.

“It’s a miracle that we arrived,” said Valeriy Sushkevych, president of the Ukrainian Paralympic Committee. “Our presence at the Paralympics is not insignificant. It is a symbol that Ukraine was, is and will remain a country.”

The departure of the excluded athletes should be synonymous with a calmer atmosphere for the Paralympics, a time threatened by boycotts by teams opposed to the Russian presence.

In total, the event brings together 564 athletes from around forty countries, who will compete on Saturday in six sports (biathlon, wheelchair curling, sledge hockey, alpine skiing, cross-country skiing and snowboarding). Like the Olympics, the meeting takes place in a health bubble to avoid a leak of Covid-19 elsewhere in China – the fear of the authorities, who apply a zero Covid strategy.

the Algerians of Chabab Belouizdad aim for the feat against Wydad