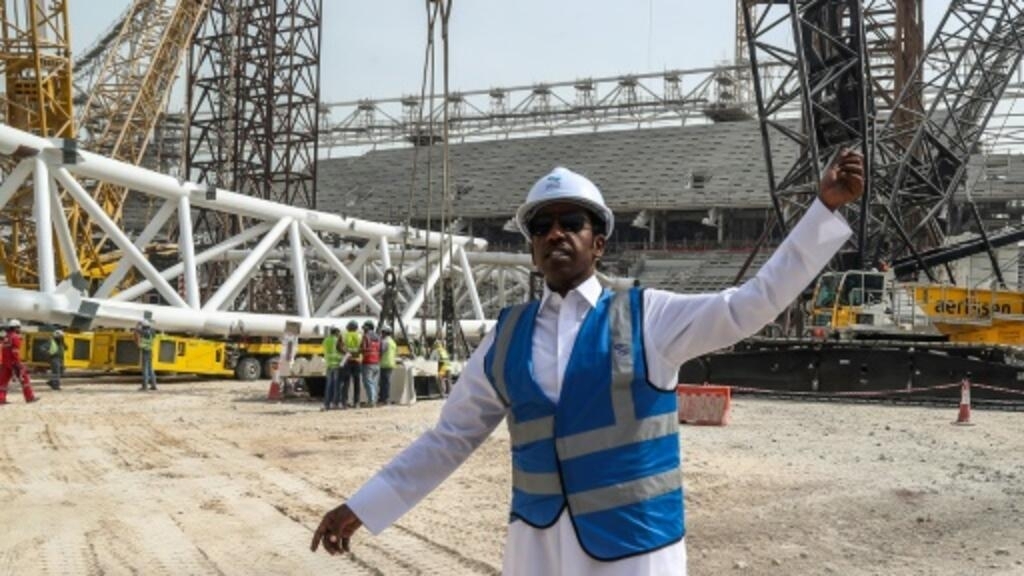 One year before the FIFA World Cup, Amnesty International on Tuesday called on Qatar to respect human rights and end abuses against immigrant workers, many of whom helped build stadiums for the 2022 World Cup. .

“One year away from the 2022 FIFA World Cup, time is running out,” explains Amnesty International. The human rights NGO urges Qatar to stop the abuses against immigrant workers, many of whom built the major sites of the World Cup-2022, in a press release published Tuesday, November 16.

“The daily reality of many immigrant workers in the country remains trying, despite changes to the law since 2017,” said the NGO for the defense of human rights based in London.

“A persistent risk of exploitation”

She called on Qatar to abolish the kafala, a system of “sponsorship” allowing companies, among other things, to prohibit their employees from changing employers or leaving the country.

Mark Dummett, Global Issues Program Director at Amnesty International, accuses authorities of complacency which “puts thousands of people at persistent risk of exploitation” while “many of them are unable to change employment and are victims of practices amounting to theft of wages “.

Tonight, we support the blues but also human rights

Thousands of workers died on the construction sites of the World Cup in Qatar. The others continue to go through hell

Support them: demand that the @FIFA put an end to their ordeal👇 https://t.co/K9Aj6C1UGd pic.twitter.com/d8aFESDXMA


“They have almost no hope of obtaining justice, reparations or compensation. After the World Cup, the future of the workers who will remain in Qatar will be even more uncertain,” he added.

Amnesty International says that “the authorities have done little to investigate on the scale of unexplained deaths “, claiming that a link had been established between the deaths and working conditions.

Despite the labor law reforms introduced in recent years in Qatar, access to justice “remains very restricted” for foreign workers and they are prohibited “from organizing in order to fight collectively for their rights”, denounces the ‘NGO.

“Qatar rejects claims that reforms have not been translated into reality for hundreds of thousands of immigrant workers,” according to the government’s Communications Office.

More than 240,000 workers have succeeded in changing jobs since September 2020 and more than 400,000 have directly benefited from a new minimum wage, he said, referring to reforms having “considerably reduced operating practices”.

For Amnesty International, which recognizes the reforms introduced, “any failure to implement them means that exploitation continues”.