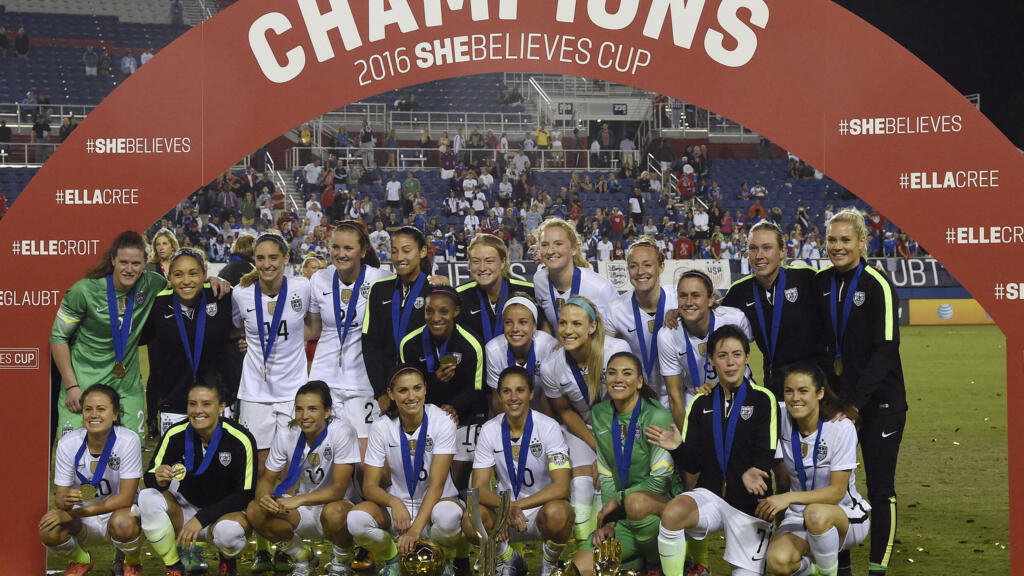 The U.S. Soccer Federation on Tuesday pledged equal pay for the men’s national soccer team and the women’s team. Twenty-eight stars of the women’s team, the reigning world champion, had filed a class action lawsuit.

They are used to triumph on the lawns but it was on another field that the stars of the American women’s soccer team won a great victory: that of theequal pay. Their federation pledged to pay them at the same level as their male counterparts in an agreement with a group of female players, including star Megan Rapinoe, who had sued.

“US Soccer is committed to paying equal pay from now on for the women’s and men’s national teams in all friendlies and tournaments, including the World Cup,” detail the terms of the agreement between both parties, sent to AFP on Tuesday.

Twenty-eight players from the United States women’s national team, world champions in France in 2019, had filed a class action lawsuit against the discriminatory policy of the American Football Federation.

“When we win, everyone wins,” American soccer star Megan Rapinoe tweeted after the deal was announced.

The agreement must put an end to the lawsuits initiated by this group of players and relates to a total of 24 million dollars (approximately the equivalent in euros), of which 22 million distributed according to a mode proposed by the players of the women’s national team.

“Obviously we can’t go back and erase the injustices we’ve faced, but it shows that it can never happen again,” Megan Rapinoe also said on ABC, hailing “a great day”.

A victory for “for women in general”

Also interviewed on ABC and appearing alongside US Soccer President Cindy Parlow Cone (a former international herself), striker Alex Morgan claimed the deal was a win for all parties.

“It’s a monumental step forward that makes us feel valued, respected, and repairs our relationship with US Soccer,” said the 190-cap player. “I don’t just see this as a win for our team or women’s sport, but for women in general.”

In France, the captain of the Blues Wendie Renard judged that the United States was “a lot ahead” on the question of equal pay in football, obtained by American players.

“We know that American football is way ahead of European football. ‘Soccer’ is the No. 1 sport, there is no comparison. Today, they have titles, a record, so they can afford to have this fight with their federation”, reacted the defender of Lyon in a press conference after the victory of the Blue against the Netherlands in the Tournoi de France. “Because when you win, you have more power to ask for things.”

“Above all, it is not equal pay that is interesting. It is already the structures in the clubs, the daily life”, continued the captain of the Blue, who do not have a major title to their honors.

US Soccer President Cindy Parlow Cone said in September she hoped to “harmonize” World Cup bonuses for the US men’s and women’s teams, in order to settle the dispute between the body and the national team players.

The question of these bonuses was an important part of the lawsuit brought by the American women’s team in 2019, and notably brought by Megan Rapinoe, accusing the federation of “stubbornly refusing” to pay its players fairly.

FIFA, for example, granted a bonus of more than 32 million euros to France during its planetary success in 2018 among men, while only 3.4 million euros were paid to the Americans during their world title. of 2019. And the American players, eliminated in the round of 16 in 2014, had received 4.5 million euros while their female counterparts had only received 1.45 million for winning their competition.

With four World Cup victories and as many Olympic gold medals, the United States Women’s National Soccer Team is the most successful in women’s sports history.