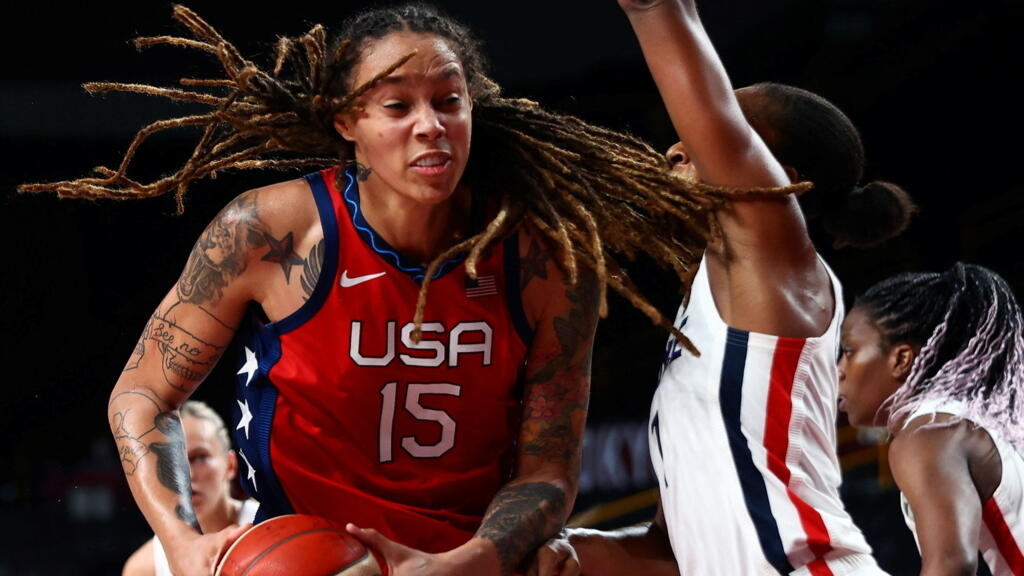 US Olympic basketball champion Brittney Griner has been arrested in Russia on narcotics-related charges, according to Russian authorities and US sports bodies, amid a crisis between the West and Moscow over Ukraine.

One of the biggest stars women’s basketballBrittney Griner, has been detained in Russia by authorities since February on narcotics-related charges.

“USA Basketball is aware of and closely monitoring the legal situation facing Brittney Griner in Russia,” the U.S. national team tweeted Saturday, March 5, saying it was “concerned” about “safety and well-being.” of the player. Her Phoenix Mercury club and the American professional players’ union, the WNBPA, also said they were “informed” of the situation. of the double Olympic champion.

USA Basketball is aware of and closely monitoring the legal situation facing Brittney Griner in Russia. Brittney has always handled herself with the utmost professionalism during her long tenure with USA Basketball and her safety and wellbeing are our primary concerns.

It was in February that the inspection of his hand luggage on arrival in Russia on a flight from New York would have made it possible to “confirm the presence of vapers (and) of a liquid with a particular smell” of cannabis oil (hashish oil), Russia’s Federal Customs Service said in a statement on Saturday.

Customs, who did not specify the identity of the young woman, nevertheless indicate that it is “a member of the American National Basketball Association and two-time Olympic basketball champion with the American team” , a record that matches that of Brittney Griner, crowned at the Olympic Games for the second time in Tokyo in 2021. She faces 5 to 10 years in prison, according to the same source.

A video released by Russian customs shows a person who appears to be Brittney Griner going through an airport security checkpoint and having her luggage checked by an agent, who appears to be confiscating some personal effects.


A player accustomed to Russia

Many Women’s National Basketball Association (WNBA) players compete in European leagues during the off-season in the United States, including the Russian and Ukrainian leagues.

Brittney Griner, 31, played for the Russian team UMMC Yekaterinburg, with which she won the Women’s Euroleague four times.

In a travel advisory issued on Saturday, the State Department again called on all Americans to leave Russia “immediately”, warning them of several risks including “arbitrary application of local laws”.

Roman Abramovich, Russian oligarch and first of the football billionaires