Present in press conference this Saturday, on the eve of the reception of PSG, the coach of the Stade Rennais made ambitious remarks. According to Bruno Genesio, his players have the means to compete with the capital club.

Genesio: “We will give everything to worry them”

At 13 o’clock this Sunday, the Stade Rennais will be opposed to Paris Saint-Germain in its lair of Roazhon Park. A poster where the band Kylian Mbappé makes logical figure of favorite, but which still seems far from being played. This is in any case the message that wanted to pass the Rennes coach, Bruno Genesio, this Saturday morning in press conference. According to him, his team has the weapons to at least compete with the leader of the Ligue 1. “We are also able to worry them like last season, we have to remember that, we will give everything to worry them”, he said. As a reminder, at the end of last season, on May 9, the Bretons had held in check (1-1) PSG at Roazhon Park.

Competing on the European scene in midweek, the Breton club will in any case have to deliver a copy close to perfection to be the first formation to take points at the capital club in the championship.

The Stade Rennais on a beautiful dynamic 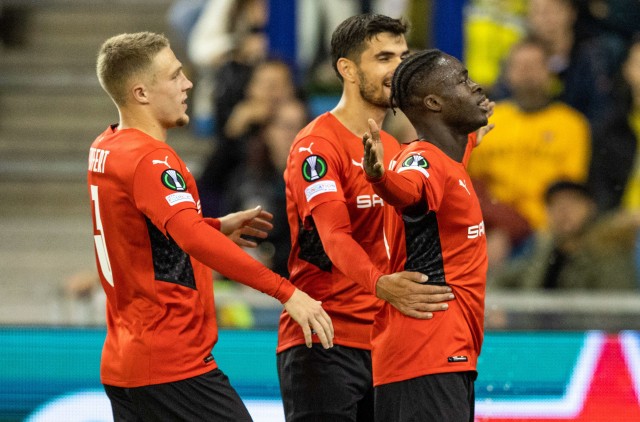 The warm defeat (2-0) against OM at the Stade Vélodrome two weeks ago, seems far from the side of the Stade Rennais. Since then, the Breton club continues the beautiful services and shows character.

Recall that Rennes first sprayed the promoted Clermont on his lawn on the score without appeal of 6 goals to 0. Before going close to 3 points in Bordeaux last weekend, after conceding the equalizer in the very last minutes of play at the end of a controlled match. Finally, led to the score and reduced to 10 in Holland Thursday in the Europa League Conference, SRFC was drawn from its entrenchments to go to win (1-2) on the lawn of Vitesse Arnhem.

Will Bruno Genesio and his players bring down PSG? Answer Sunday around 15 hours.