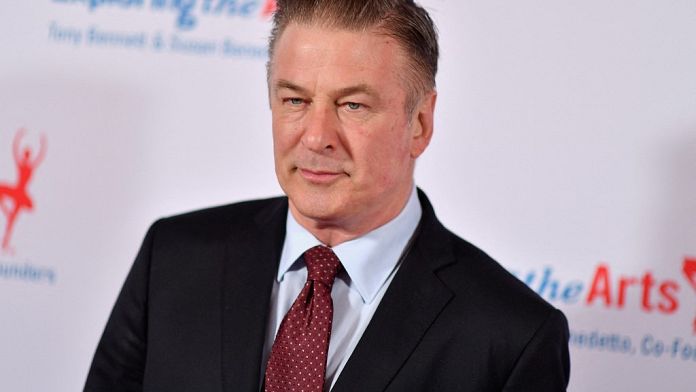 American actor Alec Baldwin said Friday he was “devastated” after killing the day before, with a gun he had been told was blank, a cinematographer on the set of a western in the US state of New Mexico, an event as tragic as it is rare in cinema.

“I lack words to express my amazement and sadness after the tragic accident that killed Halyna Hutchins,” the comedian tweeted. He had actuated Thursday a gun used on the set of the film “Rust”, hitting the director of photography, who died of her injuries despite being evacuated to a hospital, and injuring director Joel Souza.

“I fully cooperate with the police investigation as to how this tragedy could have taken place,” the actor added.

According to the Santa Fe Reporter, citing court documents prepared by the police to obtain a search warrant, the drama occurred during the rehearsal of a scene.

The clothing worn by Alec Baldwin during the accident was turned over to investigators, along with the weapon involved and the shell casings.

The drama took place at the Bonanza Creek ranch, abundantly used in westerns, which was flown over on Friday by two helicopters. Access was still cordoned off by the police.

A spokesman for the Santa Fe County sheriff, Juan Rios, told AFP that the actor had “presented himself voluntarily and left the building after the end of the interrogations. No prosecution was initiated and no arrests were made.”

He later confirmed that investigators were conducting searches on Friday at the site of the shooting.

According to the Los Angeles Times, six members of the film’s technical team had left the set several hours before the drama to protest their working conditions.

The weapon used as a prop and involved in the drama had been operated by mistake at least three times before, the newspaper adds, citing members of the shooting on condition of anonymity.

Asked about it by AFP, the production company had not reacted Friday afternoon.

“The entire team is totally devastated by today’s tragedy and we extend our sincere condolences to Halyna’s family and loved ones,” a spokesperson for the production had earlier said in a statement.

“Rust” is a western written and directed by Joel Souza, with co-producer Alec Baldwin playing the lead role of outlaw Harland Rust, who flees with his 13-year-old grandson when he is sentenced, following an accidental homicide, to be hanged for murder.

Halyna Hutchins, who settled in Los Angeles, was considered a rising star of American cinema. Born in Ukraine, she had grown up on a Soviet military base on the Arctic Circle, according to her website.

The International Alliance of Performing Arts (IATSE), to which Halyna Hutchins belonged, said she was “devastated”.

“Establishing a culture of safety requires vigilance at all times and from each of us, every day,” the union added.

The IATSE refused to comment to AFP on information relayed by the American press that the props branch of the union circulated an email saying that a “real bullet had accidentally been fired” and that none of its members were at the scene of the shooting during the drama.

The authorities in charge of cinema in New Mexico also did not wish to comment, stressing in a statement that “the safety and well-being of all actors, teams and filmmakers in New Mexico (were) always a priority”.

Alec Baldwin, 63, has made himself particularly popular in the United States in recent years by his impersonations of Donald Trump in the famous satirical show “Saturday Night Live”.

In “The singer and the billionaire” and “Lookout”, he shared the poster with Kim Basinger. The two formed one of the most glamorous couples of the time before a very acrimonious divorce.

In the 2000s, the New York actor received two Emmy Awards, equivalent to the Oscars for American television, for the comedy series “30 Rock” where he played a studio boss opposite Tina Fey. With its seven seasons, the comedy had signed a real success for Baldwin and considerably restored his coat of arms as an actor.