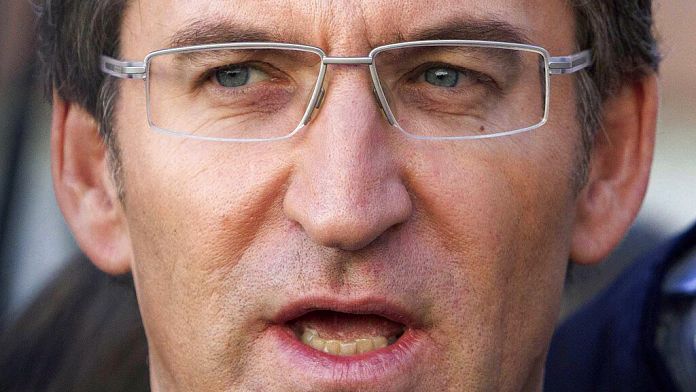 The Popular Party (PP), the main opposition party to the Spanish left-wing government, on Saturday led Alberto Nunez Feijooa seasoned and pragmatic politician, who immediately called for party unity and an end to politics “of confrontation”.

“We must take Spanish politics out of confrontation, (…) from permanent hyperbole”he said in his first speech as the new leader of the PP, confirming the reputation for moderation he has built since entering politics.

Mr. Feijóo, 60, was elected leader of the PP after an extraordinary party congress which opened on Friday in Seville, the capital of Andalusia (south), with 98.35% of 2,663 votes. cast, according to the official results.

From the base to its leaders, the PP sees in him the only man capable of both unifying the party after one of the most serious internal crises in its history, which cost Mr. Casado his post, and of defeating Prime Minister’s Socialist Party Pedro Sanchez in the next elections, scheduled for the end of 2023.

“Enough artificial polemics”he launched, also calling on the PP to stop “sterile debates” and to “address the real problems”.

“I am not coming to insult the President of the Government, I am coming, with all of you, to defeat him”he said again.

The Seville Congress had been convened to put an end to the crisis triggered by the fratricidal war between Mr. Casado and Isabel Diaz Ayusopresident of the Madrid region and rising star of the party.

Ms. Díaz Ayuso was suspected by Mr. Casado’s entourage of influence peddling in connection with a mask purchase contract signed in April 2020 by the Madrid region and for which his brother Tomás, representative of a company selling sanitary equipment, had received a commission.

But the crisis ended up taking away Mr. Casado, much criticized inside the party for his lack of leadership. He announced Friday in Seville his retirement from political life.

President of the region of Galicia (north-west) for 13 years, Mr. Feijóo has won four consecutive elections by an absolute majority in his stronghold, an extremely rare performance in Spain which makes him a unanimously respected baron within the conservative formation.

He will now have to try to repeat these successes on a national scale to bring back to power a right still traumatized by the overthrow in 2018 of Mariano Rajoy by Parliament following the tabling of a motion of censure by the current socialist Prime Minister Pedro. Sánchez after the conviction of the PP in a corruption scandal.

His presentation tour to activists across Spain, prior to the Seville congress, produced its share of polemics and rectifications, in particular when he described the government as“autistic”before apologizing to those suffering from this disorder.

But despite these missteps, the PP has no doubt that Mr. Feijóo is the man for the job and that he will be able to take advantage of the difficulties of the minority government of Mr. Sánchez, the target of rising social discontent. due to record inflation – accentuated by the war in Ukraine – which came close to 10% in March.

The new leader of the PP will have among his main missions to curb the rise of the far-right Vox party, non-existent in his Galician stronghold, but booming in much of Spain.

Marginal a few years ago, Vox, founded by former PP members, has become the third political force in Spain since the 2019 legislative elections, with 52 deputies against 88 in the PP, out of a total of 350 seats in the lower house of Parliament. .

However, the PP should, according to the polls, need Vox to have a majority at the national level. He has also just accepted, with the blessing of Mr. Feijóo, to bring this formation for the first time into a regional government, in Castile-and-Leon.

Burma: the junta releases more than 800 prisoners on the occasion of the national holiday