Free on June 30, Franck Kessié could land at PSG as early as this winter. The AC Milan midfielder could be followed by Sergio Aguero from Barca. Explanations.

Lionel Messi had managed to convince his compatriotSergio Aguero to join him at FC Barcelona. What the former 33-year-old striker accepted at the end of his contract with Manchester City last summer. Unfortunately for the two friends, the Spanish club was not able to assume the extension of the Pulga who was forced to abandon Aguero in Barcelona to join Paris Saint-Germain. But according to several sources close to the two players, Messi is absolutely keen to play in the same team with his friend.

According to the newspaper El Nacional, the six-time Ballon d’Or has therefore asked the Parisian leaders to recruit the best scorer in the history of Manchester City. Not necessarily opposed to the idea of counting in their ranks a fox surfaces of the temper of the Argentine international, the leaders of PSG have approached their Barcelona counterparts to propose a deal.

Also according to the Spanish media, to recover the Kun, Leonardo would have proposed to Barça an exchange including Mauro Icardi. In search of playing time, the former captain of Inter Milan would not be against a return to his formative club (2008-2011). But the case is far from said. 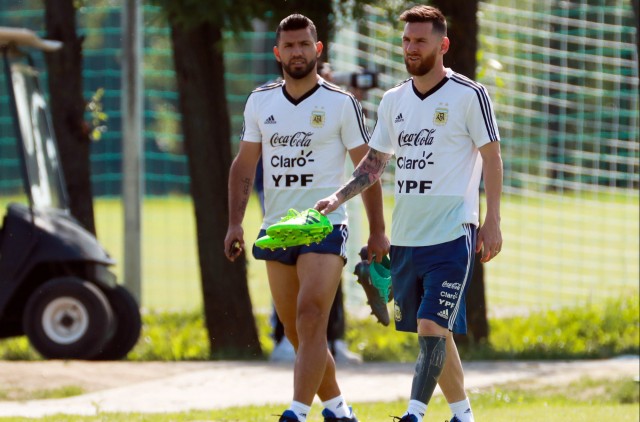 Arrived freely last summer from Manchester City, Sergio Aguero is linked to FC Barcelona until June 30, 2023. And his new leaders do not plan to part with him, only six months after his arrival. Indeed, according to El Nacional, the Paris Saint-Germain has actually taken action by approaching the management of FC Barcelona to discuss the possibility of proceeding with a player exchange in an operation including Aguero and Mauro Icardi. But Joan Laporta’s answer was brief and clear: no question of letting the Kun go this winter.

Lionel Messi and Paris SG are therefore already fixed on this file.

Pochettino in the footsteps of a Brazilian player

A hot file wrapped up today ?

La compo de Rennes, a big return in the 11

Terrible blow confirmed in Paris before Lille and Leipzig!