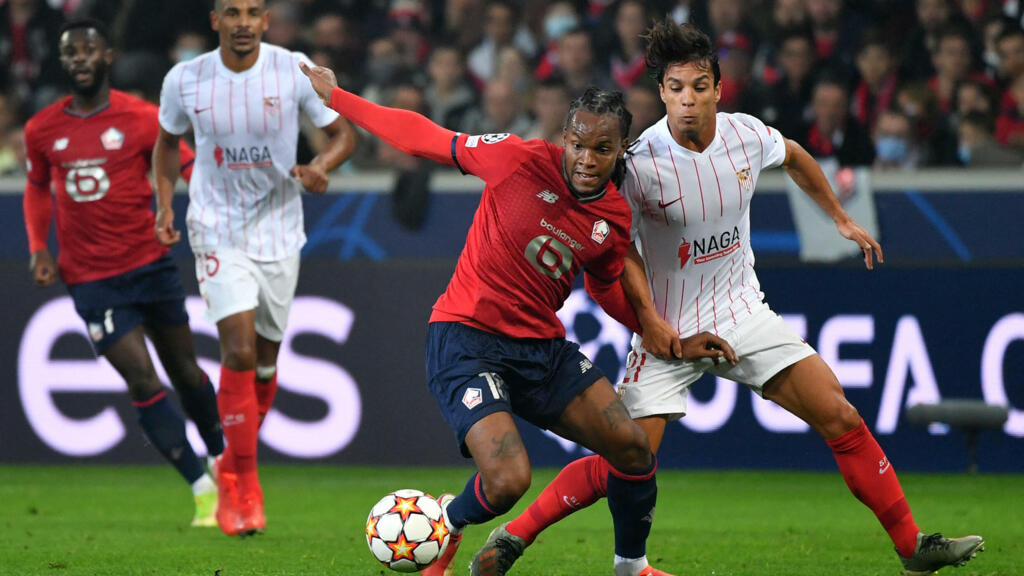 At home, against FC Sevilla, Losc could not do better than a draw (0-0). A result that complicates his life in Group G. Lille is still waiting for the seventh victory in their history in the Champions League.

And 10! Ten matches in the Champions League Lille did not win. The last success of Losc in the European competition was on 20 November 2012, on the lawn of BATE Borisov. Tonight’s match against FC Sevilla, Wednesday 20 October, ended with a 0-0 draw.

Yet it was the Lille who took the initiative. After a free kick from Bamba, the ball comes back to Burak who hits, but misses the frame (2nd). Moments later, Bamba tries to find David in the box, but the defense watches (6e).

The first shot of the game is finally signed by Sevillian Suso. The right winger strikes from his side and takes advantage of the call of Jesus Navas to transplant into the axis. He curls a shot from the left from the 20 m a little tender, which the Lille goalkeeper Grbic captures without problem (12e).

While Lille continues to push, Sevilla FC patiently bides its time. Grbic completely misses his recovery and serves Rafa Mir in the box. The striker tries his luck without waiting: the shot is framed and the goalkeeper of the Mastiffs beaten, but Djalo fortunately covers in his back to repel the shot (20e).

But Lille responded before the half-hour mark. On a pressing of Losc, Renato Sanches recovers the ball, enters the box and presents himself in front of the Sevillian goalkeeper Yassine Bounou, but the Moroccan goalkeeper wins his duel (28 ‘). Lucas Ocampos responds with a curled strike that Grbic repels in a corner (28’).

Grbic, decidedly not reassuring on this match, then misses an exit. He is overtaken by Lucas Ocampos who deflects the ball with his head before suffering a big shock. The ball goes right next to the post (40e).

On the return from the locker room, the Mastiffs try to pack the game. Jonathan David leads the charge and progresses ball to full foot axis. He fixed before shifting Bamba 20 m from the goal, who twice clashed with Diego Carlos (55e).

Meagre opportunity in a sluggish half. Both teams close the game and lack accuracy in their rare offensives. Lille’s Celik tries an improbable volley from 25 metres on a full-back ball. His crushed shot hits Yilmaz, who tries to speed up the swing. Unsuccessful (75th).

Under the impetus of its entrants Ikoné and Xeka, Lille tries everything for everything in the last minutes. Reinildo is served on the left side and rolls a good center, slightly too high for Yilmaz at the second post. Celik’s next cross is well picked out by Bounou, out of his 6m (83e).

At the entrance of the box, Ikoné turns sharply and triggers a shot, quickly deflected by Delaney. Lille claim a penalty for a hand, but the referee does not flinch (85e).

Despite this disappointing result, Lille is not yet completely out of the race. The Northern club is only a point behind Sevilla for second place, qualifying for the knockout stages. However, with two away matches in the return leg, the Mastiffs will have to whip up to get out of Group G.

vaccines, tests and final preparations in Yaoundé for CAN-2022

Elephants, Crocodiles, Antelopes … the nicknames of the 24 teams