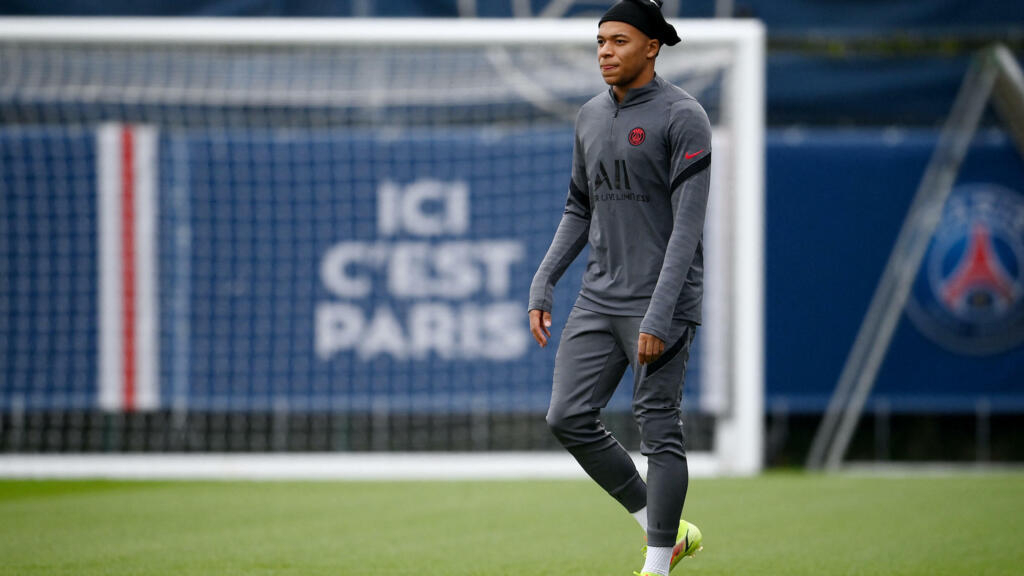 First in its group after two matches, PSG can take a big step towards qualification for the knockout stages of the Champions League on Tuesday against RB Leipzig (21 h in Paris).

Mbappé, Messi, Neymar, Verrati, Donnaruma, Marquinhos, Gueye… With its plethora of stars, PSG should on paper fly over Ligue 1 and the Champions League. However, Paris is struggling for the moment to impress and outclass all its opponents. Still leaders of their group, the Parisians can move closer to qualifying for the knockout stages of the Champions League, Tuesday 19 October (21 h), if they beat a struggling RB Leipzig.

The narrow success against Angers (2-1), Friday in the league, well summed up the paradox of the start of the season of PSG, which wins without dominating in the game. Failing to meet the huge expectations raised by their roster of superstars, the Parisians put forward an accounting balance sheet in line with their ambitions.

It is as if their situation had not changed much since the last visit of the RBL to the Parc des Princes, the 24 November 2020: behind closed doors, the Saxons had had the monopoly of possession and chances, but the PSG of Thomas Tuchel had won narrowly thanks to a penalty of Neymar (1-0).

Today, coach Mauricio Pochettino would sign for the same result, so much this match appears as a turning point in view of qualification.

“Like Leipzig, we need victory. Against a team that plays with a lot of energy, there will be periods during the match when it will be necessary to be compact,” warned the Argentine technician.

Neck-and-neck with Manchester City (3 points) and surprise Brugge (4 pts) after two days in Group A, PSG (4 pts) holds the opportunity to eliminate Leipzig (0 pt) from the race.

A semi-finalist in 2020, the Red Bull-owned club has shown in recent years that it is more than an underdog, with its enticing attacking style shaped by the talent of its young players.

But this season, the team of Frenchmen Christopher Nkunku and Nordi Mukiele does not turn out as well, after managers Dayot Upamecano and Marcel Sabitzer as well as coach Julian Nagelsmann all left this summer to Bayern Munich.

The red bulls club, 8th in the Bundesliga, sticks his tongue out before entering the arena of the Porte de Saint-Cloud, at the risk of seeing the Parisians carry the estocade to its European ambitions.

However the public expects a little more than that: Paris must play well, especially since Pochettino will be able to count on Messi, absent against Angers because of the hyper-dense international calendar that has retained him in South America with the Argentine selection.

Alongside him, Kylian Mbappé remains on a good performance against SCO, with a goal and an assist, in the wake of his full rally with Les Bleus, concluded with the title in the League of Nations.

Against the Parisian superstars, “maybe a seven-defender line would be a possibility,” smiled Saxons coach Jesse Marsch.

But an hour after his press conference, PSG announced that the third thief of the “MNM”, the Brazilian Neymar, declared forfeit due to adductor pain.

“The priority is always the health of the players. ‘Ney’ has a little problem. I hope it is only a matter of a few days”, reacted Pochettino, without saying if the superstar was going to be back for the “Clasico” of the Ligue 1 in Marseille, Sunday.

For the Argentine coach, who admitted that there was work to build a strong collective around the magic trio, it is still time to lose.

The absence of Neymar, added to the suspension of Angel Di Maria and the uncertainties around Mauro Icardi (personal problems), complicates the reflection of Pochettino, who should renew the 4-3-3 that worked so well against Manchester City.

In the cages, “I made my choice” between Gianluigi Donnarumma and Keylor Navas, he assured, without revealing the name of the holder. The Costa Rican, who was injured with his selection during the break, participated in the collective session in the morning.

Argentine midfielder Leandro Paredes (quadriceps), out until the end of November, and Spanish defender Sergio Ramos (calf) remain in the infirmary, with Neymar.

This makes beautiful resumes unavailable… but PSG has no excuse, as Pochettino repeats, not to shine.

the Blues find victory against Finland