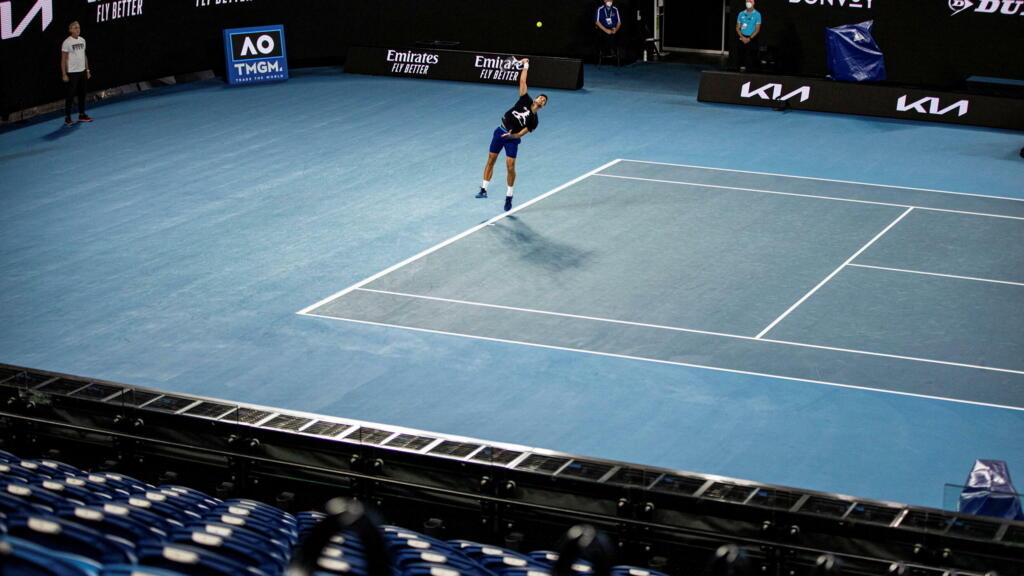 Australian Immigration Minister Alex Hawke announced on Friday that he has again canceled the visa of Serbian Novak Djokovic, who wants to play the Australian Open. Defenders of the world number one tennis player immediately appealed to prevent his expulsion. An appeal that must now be examined by a Federal Court.

Three days before the start of the Australian Open, the participation of Novak Djokovic is again compromised. The Australian visa of the world’s number one, who wanted to enter the country without being vaccinated against Covid-19, has been canceled for the second time, announced Friday, January 14, the Minister of Immigration, Alex Hawke. The Australian authorities have however agreed to suspend the deportation of Novak Djokovic until justice has ruled on his case, announced a government lawyer.

The legal battle continued in front of a Melbourne judge after Djokovic’s lawyers lodged an appeal against the deportation. A summary hearing took place and a lawyer for Djokovic announced that the Australian authorities intended to place him in detention over the next few hours. But the judge in charge of the case finally decided to divest in favor of an Australian Federal Court which will therefore, from now on, have to decide this case.

Before this summary hearing, the Minister of Immigration issued a press release announcing the cancellation, for the second time, of the Serb’s Australian visa. A decision taken “on health and public order bases”, specified Alex Hawke, who said he was “firmly committed to protecting Australian borders, especially in the context of the Covid-19 pandemic”.

“Australians have made many sacrifices during this pandemic and rightly want the outcome of those sacrifices to be protected,” said Australian Prime Minister Scott Morrison.

A threat of a 3-year entry ban

If the decision of the Minister of Immigration were validated, it would also imply that the Serbian player, who was aiming for a 21and record Grand Slam title at the Australian Open which begins on Monday, will be banned from entering the country for three years, except in certain circumstances.

The 34-year-old’s visa had already been canceled for the first time on January 5, when he arrived in Melbourne, and Djokovic was then placed in a detention center for deportation.

The tennis player’s lawyers had however won a resounding victory on January 10, obtaining from a judge that he reinstates his visa and orders his immediate release. Since, Djokovic was training for the tournament and was to face in the first round his compatriot Miomir Kecmanovic, 78and world player.

But the Minister of Immigration retained the possibility of canceling the visa again under his discretionary power.