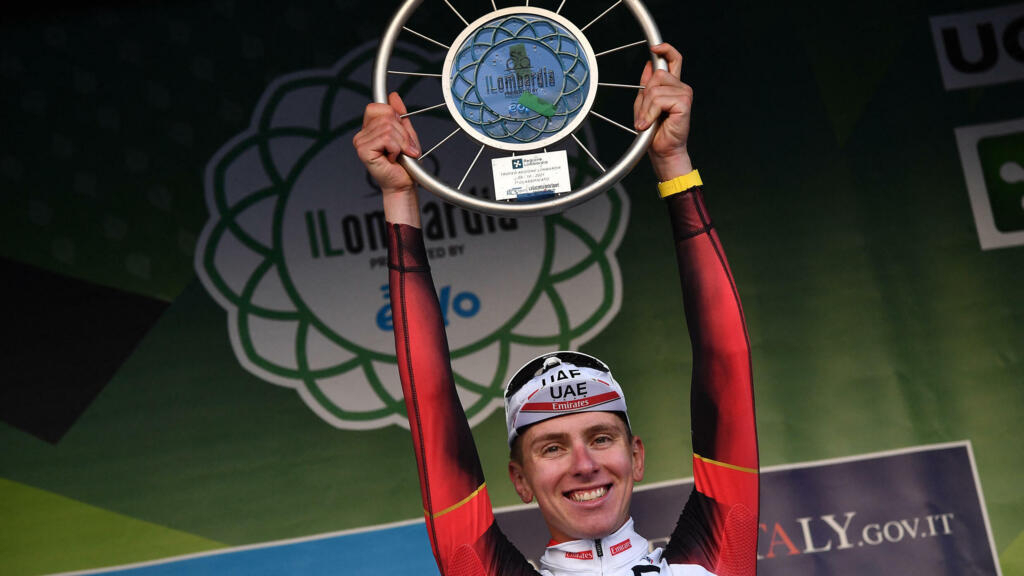 Slovenia’s Tadej Pogacar won the Tour of Lombardy on Saturday, ahead of Britain’s Adam Yates and Slovenia’s Primoz Roglic.

Already winner of Liège-Bastogne-Liège in April and, for the second time, the Tour de France in July, Slovenian Tadej Pogacar (UAE) won Saturday 9 October, in Bergamo, the 115e edition of the Tour of Lombardy, the last great classic of the cycling season.

The Slovenian won the two-man sprint against Italian Fausto Masnada (Deceuninck) at the end of the 239 kilometers.

The race, under the autumn sun, took a turn in the passo di Ganda (9.2 km at 7.3%), at the entrance of the last forty kilometers, where the peloton still dense despite the hilly course until then was drastically reduced.

“It’s just crazy to end the season like this !”

Behind the winner of the Tour, Masnada went alone on the counterattack on roads he knows perfectly. The Bergamasque joined him at the bottom of the long and winding descent, fifteen kilometers from the finish, but did not relay it afterwards.

In the absence of agreement, the chasing group allowed the gap to grow again (45 sec at 6 km). At the front, Pogacar and Masnada stayed together on the last hill, to access the upper town of Bergamo, before the Slovenian easily overtook the Italian in a sprint.

“It’s just crazy to end the season like this!”, exulted Pogacar. “When I attacked, I thought others would come with me”.

The 23-year-old Slovenian is the first Tour de France winner to win the Tour of Lombardy since Bernard Hinault in 1979.