President of FC Barcelona, Joan Laporta has just finalised the extension of Ansu Fati’s contract. The Catalan press assures that the Barça boss is working on another colossal construction site.

Laporta on a big file after Fati’s extension

A new era opens at FC Barcelona. After free departure from Lionel Messi at Paris Saint-Germain this summer, the Barça management wants to shield its nuggets. This is why the management of the Blaugranas has just succinctly extended the contracts of Pedri and Ansu Fati. The midfielder is now linked to his training club until 2026. As for the successor of Lionel Messi, its lease now runs until 2027. These two prolonged cracks, Joan Laporta intends to shield another nugget from the Masia. Which begins to attract attention at the moment when he will have only one year left on his contract at the end of the season. For the president of Barcelona, it is out of the question to let go of this other crack. 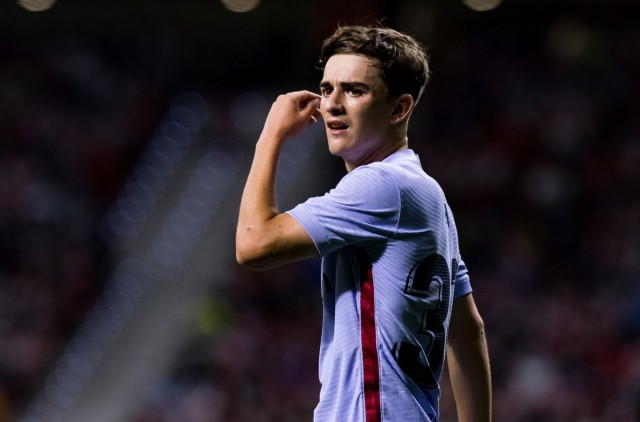 The Catalan media Ara assures that Joan Laporta wants to extend the contract of GAVI. At the age of 17, the midfielder already has two caps with La Roja. This season, the crack blaugrana has already been started by Ronald Koeman five times in 10 appearances (one assist). Sufficient to convince the executive FC Barcelona to offer him a new contract with a huge release clause like Pedri and Fati.

In Addition to Gavi, Mundo Deportivo also indicates that Barça plans to extend Ronald Araujo. Like his teammate, his contract with the Blaugranas expires in 2023. The Catalan club does not intend to take any more risks after losing Lionel Messi for free this summer.