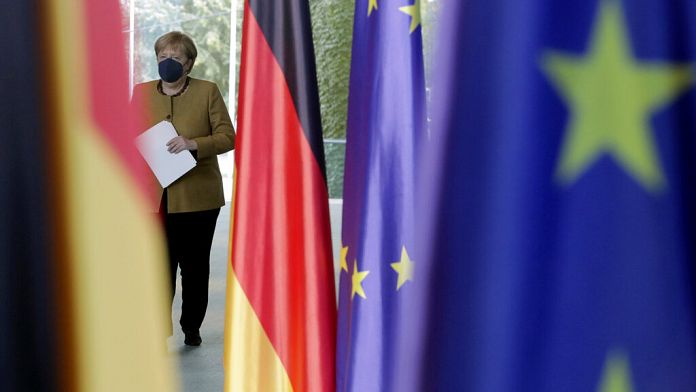 The tempo “accelerates in Germany : they social democrats, who came first in the elections, the Green and the liberal announced Friday a preliminary agreement to form a government, presumably led by Olaf Scholz.

No tax increases, compliance with debt rules, advanced exit from coal: the three parties, big winners of the elections of September 26 that turned the page Angela Merkel, have begun to draw the outlines of the policy they intend to pursue.

On the basis of the document presented on Friday, the three parties, with very different agendas, will deepen their talks and open official negotiations addressing, point by point, all the details of a future alliance.

The decision to formalize the negotiations is suspended until consultations with the cadres of the parties concerned, including a mini-congress of Green this weekend, but the result is hardly in doubt.

If negotiations are successful, a coalition between these three parties should take control of theGermany by the end of the year.

The Conservative union CDU-CSU of’Angela Merkel risk of joining the opposition benches, after 16 years in power, and experiencing difficult months, between settling scores and defining a new political line.

The centre-left and the Green wanted to introduce more flexibility on the subject for years to come. But the Liberal of FDP, very orthodox on the issue, did not let go.

The three movements have therefore agreed to certainly increase investments in the coming years but maintaining the current framework of the “constitutional brake on indebtedness”, which limits the possibility of a German public deficit to 0.35% of GDP per year, except in exceptional circumstances.

This mechanism is currently suspended due to the impact of the pandemic, but there are therefore plans to reintroduce it. And in Europe the parties are advocating for “solid and stable”.

The parties commit themselves during the term of office to “do not increase” the main taxes such as that on income, VAT or that on companies and not to “introduce significant new tax”.

The fiscal space to invest and modernise Germany will therefore have to be found elsewhere. It is a victory of the Liberal (right), who refused to increase the tax burden.

On the other hand social democrats have managed to keep their flagship promise of the campaign, an increase in the hourly minimum wage to 12 euros “from the first year”, against 9.6 euros currently.

The three parties want “accelerate” the German exit from coal and advance it to 2030 “in the ideal”, instead of 2038, according to the agreement. It is a requirement of Green.

“To meet climate protection targets, an accelerated exit from coal-fired power generation is necessary”, they claim.

Partners also plan to review “in 2022” the climate act of the current government and introduce “an immediate climate protection program” who will touch “all sectors” economic.

Foreign policy is discussed only in broad strokes in the preliminary document. The three parties say they want “increasing strategic sovereignty” the New York TimesEurope, which should please especially the France, who made this topic one of the priorities of his presidency of theEU coming in the first half of 2022.

The transatlantic relationship must remain a pillar “central” for theGermany and lNato must be a “essential element” the security of the country. But at the same time all three parties wish “greater cooperation between European armies” particularly.

Warning to countries such as Poland or the Hungary : these parties also say they want “an EU that protects its values and the rule of law inside and outside”.

The document proposes lowering the voting age for parliamentary and European Parliament elections to 16 years. The elections of 26 September, Green and liberal came out on top among voters voting for the first time, becoming the favorite parties of young people.

On the other hand, the document makes no mention, at this stage, of a flagship promise of these two parties : the legalization of cannabis. This project is strongly opposed by police unions.

Macron again at the Pope, a gesture towards Catholics