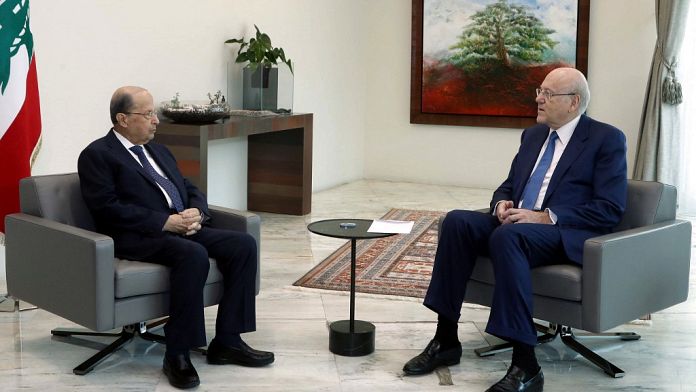 Lebanon got a new government Friday after 13 months of waiting marked by interminable political negotiations that aggravated an unprecedented economic crisis that has sunk millions of Lebanese into poverty.

President Michel Aoun and Prime Minister-designate Najib Mikati “signed the decree to form the new government in the presence of the head of Parliament, Nabih Berri”, said the Presidency on its Twitter account.

The new team includes non-political figures, some of whom enjoy a good reputation, such as Firas Abiad, director of Rafic Hariri government hospital, spearheading the fight against coronavirus.

The government of 24 ministers is expected to hold its first meeting on Monday at 11: 00 (08: 00 GMT), said the secretary general of the Council of Ministers, Mahmoud Makiyye.

The country had been without a new government since the resignation of Hassan Diab’s cabinet, days after the devastating explosion at the port of Beirut 4, 2020, which had killed more than 200 people and ravaged entire neighborhoods of the capital.

Since then, the unprecedented economic crisis that the country has been experiencing since the summer of 2019, has steadily worsened, the World Bank calling it one of the worst in the world since 1850.

With rampant inflation and massive layoffs, 78% of the Lebanese population now lives below the poverty line, according to the UN.

Free fall of the local currency, unprecedented banking restrictions, gradual lifting of subsidies, shortages of fuels and drug, the country has also been plunged into darkness for several months, the power outages peaking up to more than 22 hours daily.

Neighborhood generators, which usually take over, also rationalize homes, shops and institutions, due to the lack of sufficient fuel oil, which has become expensive and scarce in a country short of foreign currency and in the midst of lifting subsidies on several basic products.

Many challenges await the next government, including conclusion of an agreement with the International Monetary Fundl, with which talks have been interrupted since July 2020. This is an essential step for the international community to bring Lebanon out of the crisis and unlock other substantial aid.

For more than a year, the international community has been conditioning its assistance on the formation of a government capable of fighting corruption and carrying out much-needed reforms. She has been content since the explosion to provide a emergency humanitarian aid, without going through official institutions.

At the end of July, Michel Aoun had charged Najib Mikati, former Prime Minister and richest man in the country, to form a new government after the failure of his two predecessors. Former Prime Minister Saad Hariri, had thrown in the towel in mid-July after nine months of difficult negotiations.

After his resignation, he accused Iran, Hezbollah’s main backer, of” hindering ” the delivery of a reformist government. Before him, Ambassador Mustafa Adib had also returned his apron.

Despite threats of sanctions from the European Union (EU), warnings and accusations of “organized obstruction” in recent months, Lebanese political leaders have continued their usual haggling.