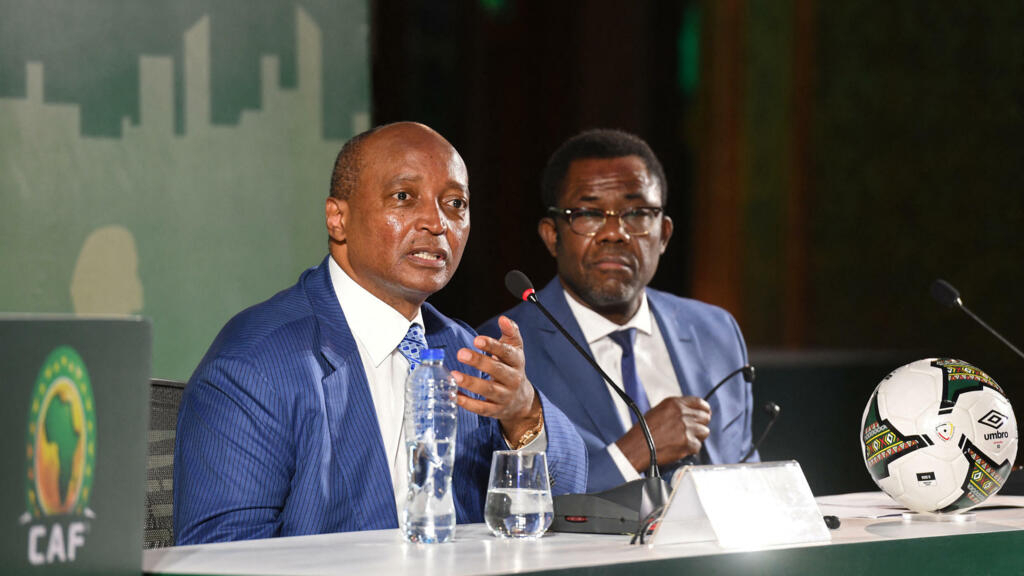 At the end of CAF’s 13th extraordinary general assembly, the African Football Confederation officially approved the controversial idea of ​​a World Cup every two years, at the same pace as its African Cup of Nations ( CAN). CAF also voted in favor of an African Club Super League

CAF embraces change and the ideas of Fifa. The African Football Confederation became, on Friday November 26, the first continental body to officially approve the idea. a World Cup every two years.

Unanimously, the bosses of the 54 national football federations of Africa voted “yes” to the “decision of the Fifa congress to conduct a feasibility study” for a Biennial World Cup, instead of the usual quadrennial rhythm.

All raised their green cards in the presence of the highest leaders of Fifa, the governing body of world football, who had pleaded at length beforehand for this change of schedule during the 13e CAF extraordinary general assembly held at its headquarters in Cairo.

CAF also voted in favor of a Super League of African clubs to “improve the quality of African football and generate income for all clubs, whether they participate or not”, assured Patrice Motsepe. But the boss of the CAF, questioned on this subject, refused to give a composition, a timetable or any other detail.

The African Super League project has existed for several years, supported in particular by Gianni Infantino, the boss of Fifa. The president of the Senegalese federation, Augustin Senghor, first vice-president of CAF, is one of its most fervent supporters.

“I think that the African Champions League should be reserved for an elite which emerges on the field, with clubs which have the means of their policy, able to develop their own marketing image and which have behind enough popular base to be able to be commercially attractive, “he told AFP in January, when he was still campaigning for the presidency of CAF.

He imagined “a competition across the continent, followed, organized and conceived as a product, we could sell it to companies around the world, and also sign agreements with major TV chains around the world to increase its value” .

In his mind, this Super League was to be transitory. It would however have attractive clubs, like Al-Ahly, heavyweight of Egyptian football, who has already won ten C1, especially in 2020 and 2021. Before him, clubs from North Africa also lifted the trophy, Wydad of Casablanca in 2017 and Esperance of Tunis in 2018 and 2019. Sub-Saharan Africa has not won it anymore. since the Tout Puissant Mazembe in 2015, and South Africa in 2016, with the Mamelodi Sundowns, the club of the new president of CAF, Patrice Motsepe.

CAF against UEFA and Conmebol

Regarding the other big decision of this general assembly, the approval vote on the World Cup every two years comes less than a month from a virtual summit convened by Fifa to discuss on December 20 (without a vote) of his proposal, which is met with great reluctance, mainly in Europe.

Between billions of euros in lost earnings – according to a report commissioned by UEFA – and threats of “action” from Nordic federations, opposition has multiplied since Fifa made public its ambition.

But the head of the body, Gianni Infantino, who dreams of launching his biennial World Cup from the 2028 edition, can count on the support of less dominant confederations in global football.

On paper, the project promises to distribute more income to federations, a particularly attractive argument for African or Asian authorities, more dependent on this windfall than prosperous European football.

The African Cup of Nations is already held every two years, in odd years since 2013 to precisely avoid coinciding with the years of the World Cup.

For its part, South America quickly protested against an idea which it said “turns its back on nearly 100 years of world football tradition”, despite the seduction campaign led by Fifa on the continent.

The format of the World Cup has already been changed recently, since 48 teams including nine from the African zone will participate in the men’s tournament in 2026, against 32 currently.

Continental football will already be in the spotlight in January with the CAN in January for which the host, Cameroon, “is 95% ready”, assured Patrice Motsepe, inviting all the heads of African federations even if CAF recently remonstrated with Yaoundé.

CAN-2022: follow Cameroon – Burkina Faso live, the 1st match of the competition

who are the 16 qualified for the knockout stages?