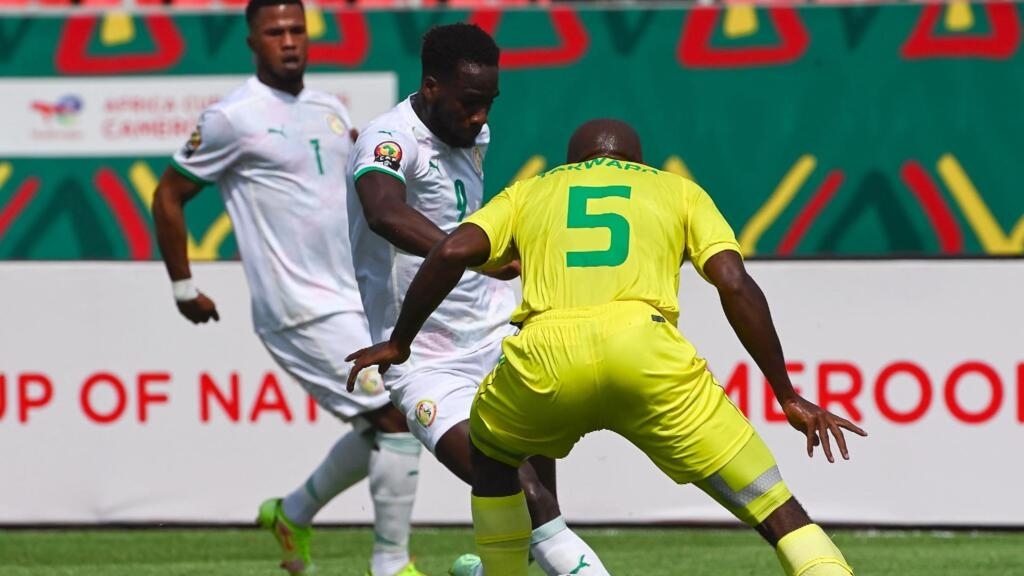 Senegal won with a goal to zero for their entry into the African Cup of Nations against Zimbabwe. A goal scored in the last minute of the game on a penalty by Sadio Mané. A mixed victory for the Lions, who many observers are among the favorites for the final victory. We will be in Dakar in this journal.

The Morocco team beat Ghana, 1-0, a goal scored in the 82nd minute by midfielder Sofiane Boufal.

Note also this Monday, the victory of Guinea against Malawi. Guinea therefore also succeeds in entering the competition with a goal scored by Issiaga Sylla to the delight of the supporters, whom you will hear.

Finally the last match of the day Gabon-Comoros ended with the victory of Gabon 1 goal to 0, with a goal signed by Aaron Boupendza. The Panthers were deprived of Pierre-Emerick Aubameyang and Mario Lemina, positive for Covid-19.

Also in the news, reactions in Mali in the aftermath of the ECOWAS sanctions. “The government of Mali strongly condemns these illegal and illegitimate sanctions” are the words of Colonel Abdoulaye Maïga, government spokesman. We are talking about it with Amadou Maiga, first parliamentary secretary of the CNT, the national transitional council.

Basketball – NBA: LeBron James is eagerly awaited … in the NFL!