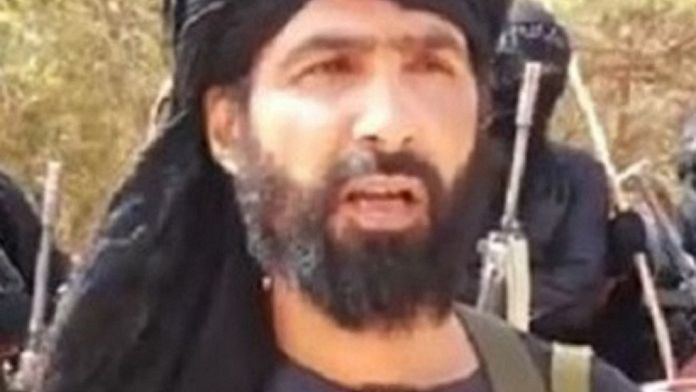 For over a year and a half, he was the”priority “target of France and its allies in the Sahel. Adnan Abu Walid al-Sahraoui, whose death Paris announced, was considered the most ruthless jihadist leader in the area.

Information about the death of the leader of the group “Islamic State in the Greater Sahara” (ISIS), between Menaka, in northeastern Mali, and across the border with Niger, its main field of action, had been circulating since August.

It was on the night of Wednesday to Thursday that Paris announced that it had been “neutralized by French forces”, an operation carried out in mid-August, according to the Minister of the Armed Forces Florence Parly.

This forty-year – old man, with a black beard and turban according to the rare photos known of him, was born in Western Sahara and was, according to some sources, a member of the Polisario Front that demands the independence of this region.

Contacted by Euronews for clarification, the Frente Polisario claimed that the man had simply resided in the Sahrawi refugee camps in Algeria after having lived in the territory occupied by Morocco.

According to several experts, Adnan Abu Walid al-Sahraoui joined armed Islamist groups after spending part of his youth in Algeria. The man participated in the creation in 2011 in the north of Mali of the Movement for Oneness and Jihad in West Africa (Mujao).

Mujao is particularly known for the abduction in October 2011 of two Spanish and an Italian workers in a Sahrawi refugee camp near Tindouf, in southwestern Algeria.

At the time, Adnan Abu Walid al-Sahraoui himself claimed the payment of a “considerable ransom” of 15 million euros to Mujao, for their release in July 2012.

Mujao is part of the jihadist coalition linked to Al-Qaeda in the Islamic Maghreb (Aqim), which took control of northern Mali in March-April 2012. He was then its spokesman, based in Gao, the region’s main city, where he was remembered as a staunch supporter of the application of Sharia law, particularly corporal punishment.

“If in Gao more than elsewhere we have cut off the hands of people accused of theft, it is because of the instructions of Abu Walid,” says AFP an elected official of the city, who requested anonymity.

After the launch in 2013 of the French operation Serval which hunts jihadists from the cities and localities of northern Mali, the defeated Mujao merges with the group of Algerian Mokhtar Belmokhtar, to create the group Al-Mourabitoune.

But in 2015, Adnan Abu Walid al-Sahraoui, reputedly acquired a more transnational and globalized vision of jihad than most of his Sahelian counterparts, dissented from the Belmokhtar group, still affiliated with Al-Qaeda, to pledge allegiance to the Islamic State (IS) group.

In 2017, as groups claiming to be Aqim merged into the Islamic and Muslim Support Group (Jnim, according to the Arabic acronym) led by Malian Tuareg leader Iyad Ag Ghaly, it struck a major blow in October with the Tongo Tongo ambush in Niger, in which four American soldiers and four Nigerien soldiers died.

The group is growing in power in this so-called “three borders” area, on the borders of Mali, Niger and Burkina Faso. Many deadly attacks on Tuareg communities are blamed on ISIS, which recruits heavily from the Fulani and is accused of deliberately involving itself in inter-ethnic tensions.

Experts and security sources credit Adnan Abu Walid al-Sahrawi with both a highly personalized exercise of command and an apparent indifference to civilian deaths.

A Malian security source describes him as the “absolute master” of the EIGS who “did not hesitate to carry out attacks on foreign and Nigerien troops on the border with Mali”.

Between late 2019 and January 2020, a series of attacks attributed mainly to his group against military camps in Niger, Mali and Burkina Faso in the “three borders” area, resulted in hundreds of deaths.

This escalation leads France and the G5 Sahel countries (Mauritania, Mali, Burkina Faso, Niger, Chad) to designate in January 2020 the EIGS as their “priority enemy”, on which their efforts are focused.

Despite the losses it has suffered, the group persists in its drive to impose an uncompromising view of Sharia law, sometimes accusing its rivals of being lukewarm in its application.

In May, during the weekly market in Tin Hama, near Ansongo (north), members of the EIGS publicly amputated a hand and a foot three alleged “road cutters”.

Political meetings: Eric Zemmour and Jean-Luc Mélenchon gaze at each other from a distance