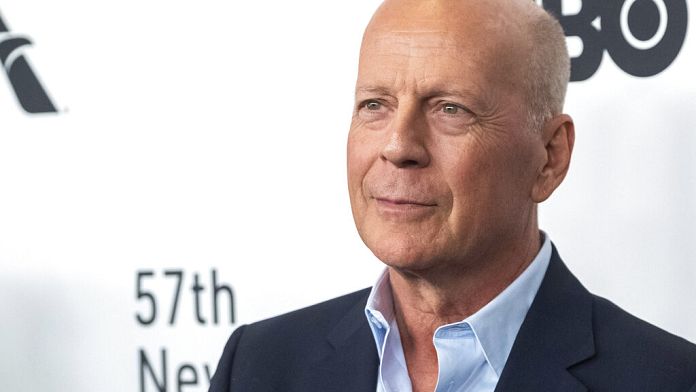 American actor Bruce Willis, who for years played the tough-skinned hero of the ‘Die Hard’ saga, has to end his career due to health issues, including language impairment, his family has announced .

“Our beloved Bruce has been experiencing some health issues and was recently diagnosed with aphasia, which is impacting his cognitive abilities. Therefore, and after careful consideration, Bruce abandons this career that meant so much to him.“, writes his family on Instagram.

The message is signed by the actor’s wife, Emma Heming-Willisas well as his ex-wife Demi Moore and her daughters Rumer, Scout, Tallulah, Mabel and Evelyn.

According to American specialists, aphasia often occurs after a stroke or head trauma and prevents the patient from communicating normally. “It can affect your ability to speak, write and understand language, both spoken and written“, they explain.

There are different forms of aphasia, more or less severe, but all of which are disabling. The family of the artist did not give details on the one from which he suffers.

His success had faded lately, but Bruce Willis was one of the hottest action movie actors of the 1990s and 2000s. films have generated more than $5 billion in revenue worldwide.

In early 2019, Bruce Willis stayed several weeks in a row at the top of the North American box office with “Glass“, the last part of the superhero trilogy directed by Night Shyamalan where he held one of the main roles.

Bruce Willis first distinguished himself in the 1980s with a recurring role in the “Moonlight” series alongside Cybill Shepherd, but it’s the action movie “diehard” (“Crystal trap“) in 1988 that made him an international star as the invincible John McClane.

The shaved head and the smirk had become the actor’s trademark, who reprized the role for two sequels in the 1990s (“58 minutes to live” and “A day in hell“), confirming his notoriety and becoming one of the references of the genre.

Highly sought after in Hollywood, he connects the big productionswhether classic action movies (“The Last Samaritan“, “The Jackal“) or crossbred with science fiction like “The Army of the Twelve Monkeys“, which had seduced the critics, or “The fifth Elementby Luc Besson.

He will also tour with directors as renowned as Brian De Palma, Robert Zemeckis but especially Quentin Tarantino, who made him play a boxer on the return in “Pulp Fiction” in 1994, when he was at the height of his glory.

Bruce Willis will also make remarkable performances, for their darker and more dramatic tone, under the direction of Night Shyamalan with its fantastic thrillers”Sixth Sense” and “Unbreakable“.

He continued to tour a lot but no longer found the same success and his notoriety eroded little by little, despite incursions into other genres, such as comedy (“my neighbor the killer” in 2000).

He signs for two new parts of the “Die Hard” saga (in 2007 and 2013) which convince neither critics nor the public.

During the previous decade, Bruce Willis had not hesitated to make fun of himself and the clichés that stuck to his skin, as in “Top Cops” or the second part of “Expendables“.

His career had nevertheless continued to decline, to the point that the organizers of the Razzies, these anti-Oscars which parody the Hollywood awards by pinning down the worst films of the year, had dedicated a category to him all to himself.

They meant so make fun of the many low-budget movies, usually streamed only, where the “Die Hard” star takes on roles as brief as caricatural, such as disillusioned sheriff, ex-cop, retired general or ex-CIA agent.