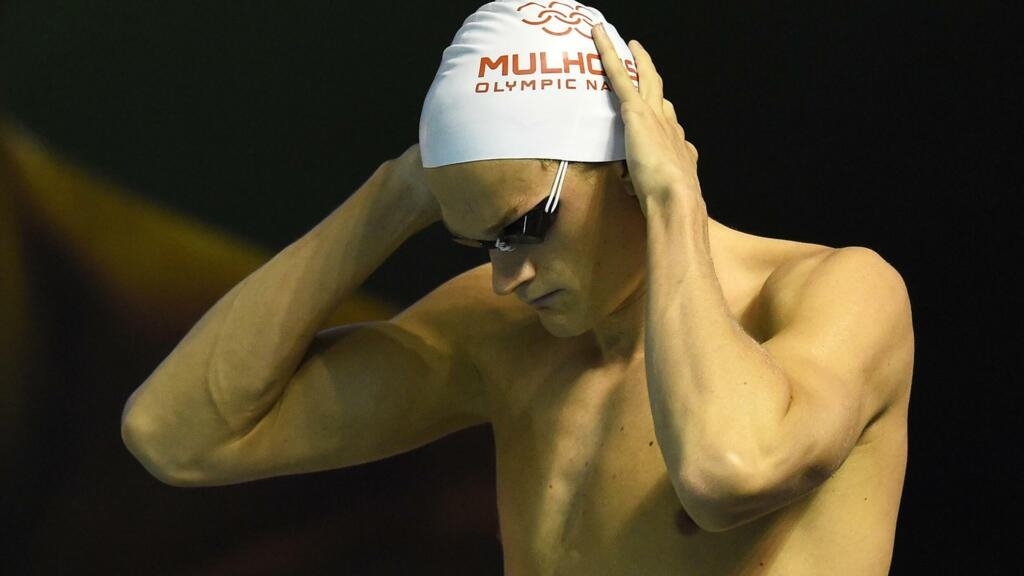 The former swimmer of the France team Yannick Agnel, indicted for rape and sexual assault on a 13-year-old minor, acknowledged the “materiality” of the facts alleged against him, the Mulhouse prosecutor said Monday. However, he denies having exercised any “constraint”.

The old one Olympic swimming champion Yannick Agnel, prosecuted for rape and sexual assault on a minor, admitted to having had a relationship with the one who accuses him but does not “feel that there (has) been coercion”, declared, Monday, December 13, Edwige Roux-Morizot, prosecutor of the Republic of Mulhouse.

“Yannick Agnel recognizes the materiality of the alleged facts”, explained the magistrate during a press conference, two days after the indictment of the athlete in the file opened after a complaint from Naome Horter, the daughter of his former trainer .

“If the facts constitute rape or sexual assault, it is because there is a significant age difference” between the victim, aged 13 at the time of the facts in 2016, and the swimmer, then aged 24 years old, the prosecutor specified. The magistrate recalled that the law in France prohibits any sexual relationship between an adult and a minor under 15, even if the latter is consenting.

She also indicated that Yannick Agnel’s “personality” had “been taken into account”: “He is someone who is a champion, who had a strong personality.”

The facts would have taken place “over the whole year 2016”, in Mulhouse (eastern France), the swimmer’s training city, but “also abroad, in Thailand (where the Mulhouse Olympic Swimming regularly goes to internship) or in Rio “de Janeiro, host city of the 2016 Olympic Games.

However, the prosecutor did not wish to specify whether the entourage of the swimmer and the alleged victim were aware of these facts.

“Regarding the acts of rape, for some of them it has a problem of memories”, even if these memories could “very well come back then”, added the magistrate.

Despite the pretrial detention requisitions made on Saturday by the prosecution, Yannick Agnel was placed under judicial supervision, accompanied by numerous prohibitions.

Asked, the swimmer’s lawyer did not wish to answer AFP’s questions.

A “depressive episode” of the complainant

According to Edwige Roux-Morizot, Naome Horter, aged 13 in 2016, lodged a “very detailed” complaint in July, which at the end of August led to the opening of a judicial investigation, an investigation entrusted to an examining magistrate .

The young woman, now 19, was going “very badly for some time,” the Mulhouse prosecutor told AFP. “She went into a depressive episode, she thought about it all, and that’s what made her want to file a complaint.”

Yannick Agnel already had another conflict with the Horter family, who run Mulhouse Olympic Swimming, around the payment of certain bonuses. He won his case at first instance and the payment of nearly 60,000 euros in damages, but the club appealed. A new hearing is due to be held next March.

“That there are financial difficulties between the Horter family and Yannick Agnel for me has no direct link with the complaint that was filed by this young woman,” said the prosecutor.

Yannick Agnel has one of the finest records in French swimming: he was double Olympic champion in London in 2012 in the 200m freestyle and the 4x100m relay, before being crowned world champion in these two disciplines in 2013.

He had converted in the sport and also led a career as a consultant in several media, including the France Télévisions group and France Info. The radio announced that it was suspending its collaboration “until the conclusions of the investigation”.

The swimmer had also embarked on writing and was due to publish “The Roots of the Sun”, a story about his grandfather next month. Arthaud editions told AFP on Monday that the book’s release was canceled.

PSG defeated by City, but qualified for the round of 16

CAN-2022: follow Cameroon – Burkina Faso live, the 1st match of the competition