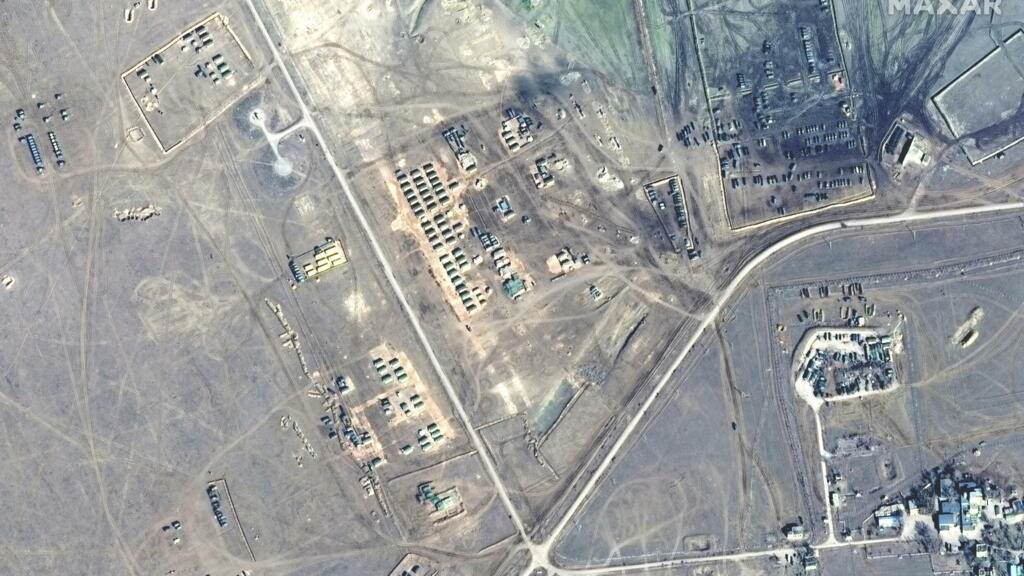 A senior White House official assured Wednesday evening that Russia had “increased” its presence on the border with Ukraine to “7,000 soldiers”, some of whom arrived on Wednesday, even as Moscow announced a partial withdrawal of his strength. Follow the latest developments live.

Russia said it was continuing its military withdrawal with an army train loaded with equipment leaving Crimea, a Ukrainian peninsula annexed by Moscow where the deployment of troops fueled fears of an invasion of Ukraine. “Units of the Southern Federal District having completed their participation in tactical maneuvers on bases on the Crimean peninsula are returning to their home bases by rail,” the Russian Defense Ministry said. to Russian agencies. Russian public television showed a train loaded with military trucks crossing the bridge that connects Crimea to Russian territory.

British Foreign Secretary Liz Truss has warned that the crisis could last “for months” stressing that she sees no sign of the withdrawal of Russian troops announced by the Kremlin. “We must not be lulled into a false sense of security by Russia which claims that some troops are returning to their barracks, when in reality the Russian military buildup shows no signs of slowing down,” the chief of the ministry wrote. diplomacy in an article in the daily The Telegraph.

“We should be under no illusions that Russia could drag this out much longer in a shameless ploy to spend weeks, if not months, more overthrowing Ukraine and challenging Western unity. “, she added, believing that Russia “tests the strength of character” of the West.

The Russian Defense Ministry has released a video it says shows soldiers and military equipment returning to their permanent deployment points after participating in maneuvers in western Russia.

The Vice President of the United States will meet with Volodymyr Zelensky on the sidelines of the Security Conference in Munich on Saturday, a senior White House official announced on Wednesday. “It will be a real opportunity to underline our commitment to Ukraine’s sovereignty and territorial integrity,” he added.

The vice-president, in addition to delivering a speech on Saturday, the second day of the conference, has a “very intense” program of diplomatic meetings, according to the same source. On Friday, she is due to meet NATO Secretary General Jens Stoltenberg, as well as the leaders of the Baltic states. On Saturday, in addition to the Ukrainian President, Kamala Harris is due to meet with German Chancellor Olaf Scholz.

“Yesterday the Russians announced that they were withdrawing troops from the border with Ukraine (…). We now know that this is false. In fact, we have now confirmed that in recent days Russia has increased its presence along the Ukrainian border of up to 7,000 soldiers, some of whom arrived today,” said a senior White House official, who requested anonymity, on Wednesday (February 16).

“Russia says it wants to find a diplomatic solution but its actions indicate otherwise. We hope it will change direction before launching a catastrophic and destructive war,” he said.

He assured that Russia could “at any time” launch an operation that would serve as a pretext to invade Ukraine. This pretext operation could take “different forms”, such as “a provocation” in the Donbass region, or a false “incursion” into Russian territory.

Indicating to expect “more fake news from Russian state media in the coming days”, he said: “We hope the world is ready.”

the French Manon Fiorot, a “beast” launched to conquer the top 10 of the UFC