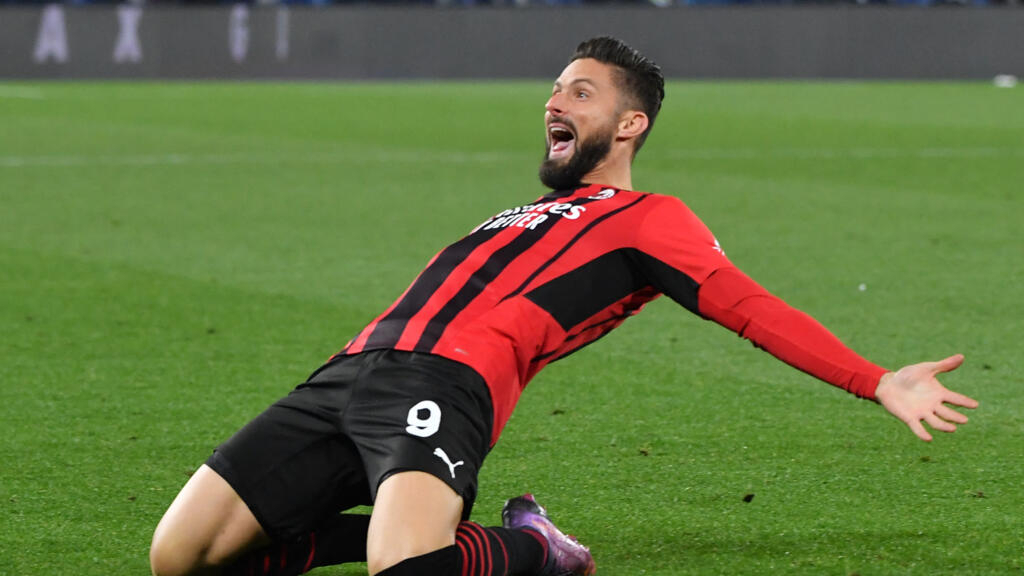 In France, OM lost the place of runner-up to PSG, after their defeat against Monaco, while in Spain, Atlético revived by beating Bétis Sevilla, a direct opponent for the European places. In England, Manchester City won a one-sided derby.

Ligue 1: PSG without ideas against Nice, OM hooked by Monaco

After several days of treading water, OM are now in difficulty. Beaten at home by Monaco (1-0), the Marseillais took only one point in the last three days and slipped to 3rd place in the standings, with many ambitious people on their heels, including their winners of the day.

OM abandoned 3rd place on Sunday, now awarded to Nice, winner on Saturday of Paris SG (1-0). OM must have seen this match and know that the Aiglons are driven by a great dynamic. The objective of a direct qualification for the Champions League is therefore complicated for the Provençal club, which for weeks now has been attacking badly and defending moderately.

And the weekend is very unfavorable to him, with the success of several rivals. Rennes (4th) is thus only one point after its victory against Angers (2-0), while Lille (7th at five lengths after crushing Clermont 4-0), Lyon (9th at six points) and Monaco (8th at six points) have the right to believe in an end to the season at stake.

Here is the Ligue 1 standings at the end of this 27th day. 🇬🇧

→ Nice are 2 points ahead of OM

→ Rennes is only 1 pt from the podium pic.twitter.com/ALHwzd2neL


Liga: Real sure of its strength, Atletico achieves a big blow

Atletico Madrid did a big blow against Betis Sevilla. In the bronca of the Benito Villamarin stadium, Diego Simone’s men won 3-1 in Andalusia, allowing them to take fourth place from their evening opponents.

For its part, FC Barcelona was seriously shaken up, but ended up winning. Led at the break, the Blaugrana indeed had to work to overcome Elche (1-2). Returning to the heights thanks to Ferran Torres, the Catalans relied on a penalty converted by Memphis Depay to snatch victory and settle in 3rd place in La Liga.

Manchester City distanced themselves from Liverpool by crushing United (4-1) in the derby, allowing Arsenal, winner at Watford (3-2) to move up to fourth and see qualification for the Champions League.

Faced with the Red Devils weakened by the absence of Raphaël Varane, positive for Covid-19, and Cristiano Ronaldo, hit in the hip, Manchester City, with a double from Kevin de Bruyne and another from Riyad Mahrez, mastered the derby and consolidated its leading position.

With 69 points, the Citizens are 6 lengths ahead of Liverpool, who have one game less and who had done the work to put the leaders under pressure with their victory on Saturday against West Ham (1-0).

Struggling in the first period (0-0), chelsea managed a great start to the second act to easily dispose of Burnley (0-4). With 53 points, the Londoners consolidate their 3rd place with 6 points ahead of Manchester United.

After 25 days, the Bavarians bring their lead to 9 points over Dortmund, who will not play this weekend. His opponent Mainz obtained the postponement of the match due to an explosion of Covid-19 cases in his ranks.

Leipzig, which snatched a 1-1 draw against Freiburg at the last minute thanks to Angelino, still went 5th, behind Hoffenheim, winner of Cologne (0-1).

Stuttgart gave themselves some hope with a superb 3-2 victory against Mönchengladbach. The Swabians remain 17th and relegated, but are now only one point behind Hertha Berlin, a potential play-off beaten at home by Frankfurt (4-1).

Serie A: Giroud gives the lead back to his family

Olivier Giroud paved the way for AC Milan, who took control of the Italian championship by winning in Naples 1-0 thanks to a goal full of opportunism from the Frenchman. The Rossoneri, the only leaders, now have a cushion of three points ahead of the Neapolitans, pushed back to the last step of the podium after this disappointment at the end of the day.

This first Neapolitan defeat since mid-December in Serie A puts an end to a series of eight matches without defeat. But the band of Lorenzo Insigne retains four more units than its first pursuer, Juventus Turin, which continued its rise on Sunday. Juve have won their 14th consecutive match without defeat in the league, defeating Spezia 1-0 at home on Sunday.

With 53 points, the Turinese are now six points ahead of Atalanta Bergamo and AS Roma, the first two teams outside the qualifying zone for the next Champions League.

On Saturday, Roma also won at home against Atalanta Bergamo (1-0) and continued their good momentum, imitated in the evening by their rival, Lazio, on the ground of Cagliari (3-0 ).

Brazilian Pele leaves hospital, but will have to undergo chemotherapy