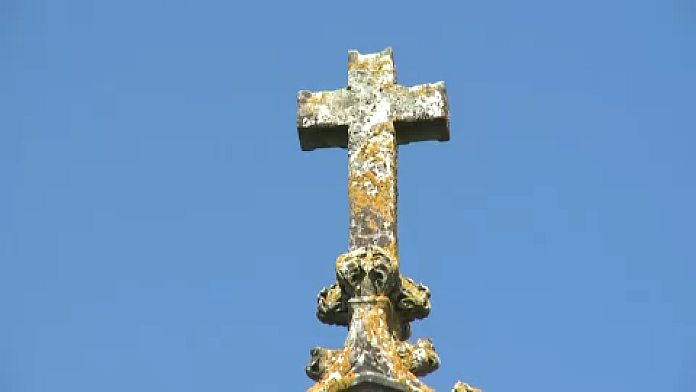 Between 2 900 and 3 200 paedocriminals in the Church in 70 years: this is one of the first findings of the Independent Commission on paedocriminality in the Catholic Church which makes Tuesday, its verdict, unpublished and much awaited.

After two and a half years of work, the Independent Commission on Sexual Abuse in the Church (CIASE) since 1950, chaired by Jean-Marc Sauvé, will unveil its report and its numerous annexes, a sum that finally reaches “2 500” pages, according to the latter.

It will be publicly handed over to the French Bishops’ Conference (CEF) and the Conférence des religieuses et religieuses des institut et congregations (Corref), which had commissioned it. This will take place at a press conference to which representatives of victims’ associations have been invited.

“It’s going to be an explosion”, assures AFP a member of Ciase, on condition of anonymity. “It will make the effect of a bomb”, adds Olivier Savignac, of the collective Parler et Revivre. “He is not going to be complacent,” says sociologist Philippe Portier, another member of the Commission.

Bishop Eric de Moulins-Beaufort, the president of the CEF, said he feared that the report “could yield considerable, frightening figures”, during a meeting with parishioners of his diocese.

Its publication “will be a test of truth and a harsh and grave moment”, can also be read on the message disseminated by the episcopate to priests and parishes for the masses of the weekend. A message that calls for “an attitude of truth and compassion”.

Mr. Sauvé has already indicated Sunday to AFP that the number of predators identified was “2 900 to 3 200”, men – priests or religious – a “minimum estimate”.

Ciase will also assess the number of victims and compare the prevalence of sexual violence in the church with that identified in other institutions (sports associations, schools…) and in the family circle.

Weight of clericalism? Omerta on these phenomena of grip? The commission will also assess the “mechanisms, including institutional and cultural mechanisms” that may have fostered paedocriminality.

In November, Mr. Sauvé had referred to a “management of these cases that in the past has often been flawed”. He also considered it “extremely serious that there may have been a few institutions and a few communities, in small numbers, where systemic abuses could have been committed”.

Once the diagnosis has been made, the Commission must list 45 proposals that will touch on several areas: listening to victims, prevention, training of priests and religious, canon law, transformation of the governance of the Church… It will also advocate a policy of recognition and reparation.

For its work, Ciase has made the word of the victims “the matrix of its work”, according to Mr. Sauvé. First with an open call for testimonies seventeen months, which collected 6.500 calls or contacts of victims or relatives. Then by conducting 250 long auditions or research interviews. She also deepened her research with a dive into many archives (Church, Ministry of justice, interior, press).

In the majority of cases, the facts are now prescribed, the perpetrators deceased, making a recourse to justice unlikely. Canonical procedures (church law), when they are initiated, are very long and not very transparent.

What follow-up will the Church give to the report?

“I wait until we are confronted with this burden, however black it may be, so that we can then take the necessary measures,” says Véronique Margron, president of Corref.

The episcopate has taken the lead by promising not reparations but a device of financial “contributions”, paid to the victims from 2022, which is not unanimous among the victims.

The first responses from the CEF and Corref are expected in November, when the two institutions will meet in plenary meetings.

The report will be scrutinized in Rome, where the issue was raised by Pope Francis and some of the French bishops visiting the Vatican in September.

Sanction of bishops or prelates, visit of the Pope to Ireland, organization of an unprecedented summit in 2019 on “the protection of minors”, modification of Canon law…: the fight against paedocriminality is also dealt with in the Vatican.

Created in the fall of 2018, Ciase is composed of 22 members, volunteers, with multidisciplinary skills (legal, medical, psychological and psychiatric, social and educational sector, child protection, history and social sciences, theology…). It was financed by the episcopate and religious institutes and congregations to the tune of 3 million euros.