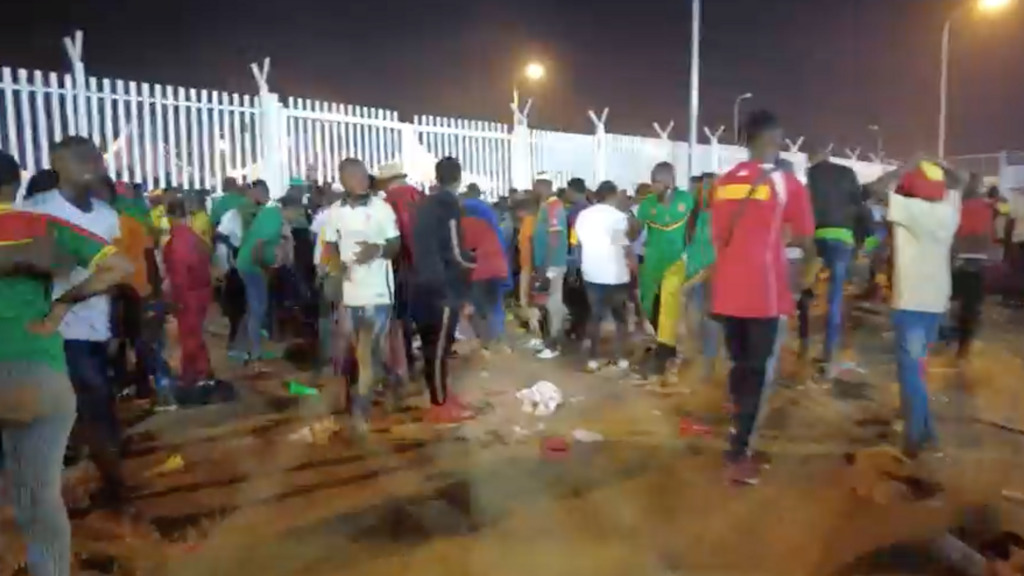 At least eight people, including a child, died Monday evening in a stampede in front of the Olembe stadium in Yaoundé on the sidelines of the African Cup of Nations, as well as 38 injured, according to the government. President Paul Biya on Tuesday ordered an investigation.

A stampede in front of a Yaoundé stadium killed eight people before a match of the African Cup of Nations (CAN) football which opposed Monday January 24 the Cameroon to Comoros, according to a preliminary report from the Ministry of Health obtained by AFP. On Tuesday, the government announced that President Paul Biya ordered an investigation into the incident.

“Eight deaths are recorded,” according to a report from the Ministry of Health, including two women and one child. Thirty-eight people were also injured in the tragedy, including seven seriously, detailed in a press release the Minister of Communication René Emmanuel Sadi.

“The Head of State has ordered the opening of an investigation so that all the light is shed on this tragic incident”, continues the minister whose government “once again calls on” Cameroonians “to have a sense of responsibility, to the discipline and civic-mindedness of all for the total success of this great sporting festival”.

According to the Ministry of Health, a stampede occurred at the southern entrance to the Olembé stadium. The victims were “immediately transported” in ambulances but “heavy road traffic slowed the transport”, according to the report.

A baby was also trampled on by the crowd, according to the Ministry of Health. The infant, “immediately extirpated and taken to the general hospital of Yaoundé” is in a “medically stable” condition.

According to the health authorities, around fifty people were injured, including two people with polytrauma and two others suffering from head trauma.

CAF, which organizes the continent’s flagship competition, dispatched its secretary general “to the bedside of the victims admitted to hospitals in Yaoundé”, according to a press release. “CAF is currently investigating the situation in order to obtain more details on these incidents,” continued the Confederation.

CAF will hold a “crisis meeting” with the CAN organizing committee on Tuesday morning at 9:30 a.m., dedicated exclusively to stadium security issues, a source close to CAF told AFP.

The Olembé stadium, with a capacity of 60,000 seats, was specially built for the CAN. To prevent the spread of the coronavirus, a 60% stadium filling gauge had been introduced, increased to 80% when the Indomitable Lions, players of the Cameroon national team, play.