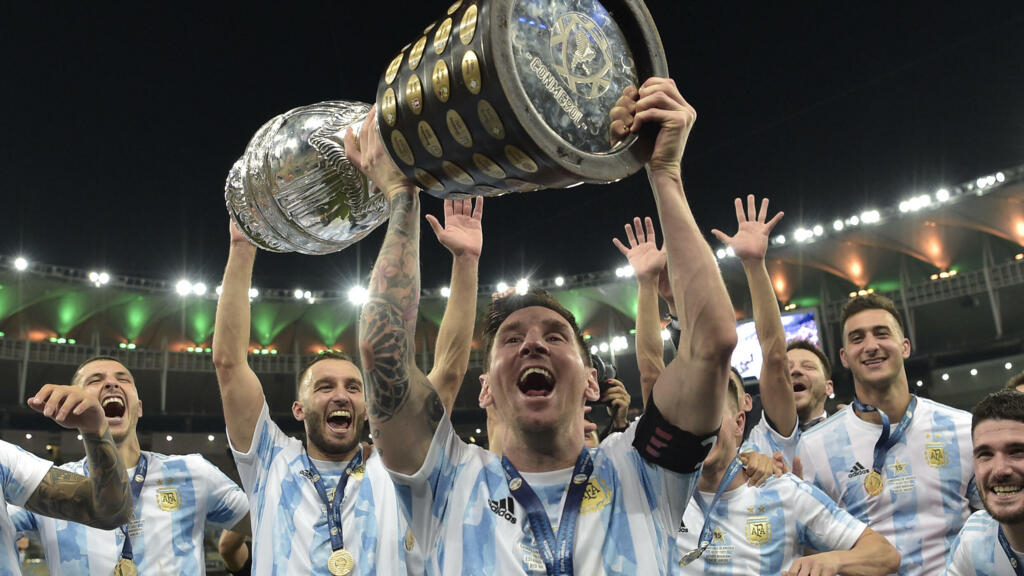 We thought his reign was over, threatened by Robert Lewandowski: Lionel Messi is still there. He won his seventh Ballon d’Or on Monday – an unparalleled record – after leading Argentina to a Copa America victory this summer.

For a long time neck and neck with Cristiano Ronaldo in the Ballon d’Or prize list, Lionel Messi now reigns supreme. The immense genius with the discreet personality was placed Monday, November 29th out of reach of any competition with a seventh Ballon d’Or, won ahead of Robert Lewandowski and Jorginho.

His first coronation with Argentina

At last ! The Copa America 2021, his first trophy with the Argentine selection, tipped the scales in favor of Messi (34) after a rather mixed year in club, which saw him leave his long-standing team in tears, FC Barcelona, to try the adventure in the French capital.

Argentina had been waiting for a title for 28 years, and the four-time Champions League winner “Pulga” (“La Puce”) had always hoped for a major trophy in selection.

In 2016, Messi even announced to end his international career. But he returned and this summer led Argentina to continental triumph, moreover against the great Brazilian rival (1-0).

This triumph won him the votes of the jurors and consecrates an extraordinary septuplet that the native of Rosario (Argentina) managed with disconcerting freshness and an intact appetite, despite the goals, titles and records he tirelessly accumulates (35 club trophies).

“It’s so difficult to limit his influence … When he has the ball, he himself does not know what to do with it”, summarized last week Pep Guardiola, his ex-mentor at Barça.

But this exceptional dribbler turned total player did not manage a year to live up to his legend. He only won the Copa del Rey with Barça in the spring and started his Parisian career at a trot.

His coaches of yesterday and today are nevertheless jostling at the helm to defend this soft start.

“He just has to find the smile, the joy, to find his best football”, explained Friday Jorge Sampaoli, who, however, did not always have easy relations with the “Pulga” when he led Argentina at the 2018 World Cup.

“He has spent his whole life in a club. There, he changed, for another language, another football. It will always be the best in the world,” pleaded the OM coach. “Time will show how different he is from all the other players.”

“Let the people work, the players adapt, he spent twenty years in Barcelona, ​​normal that he feels more at home in Barcelona. Everything is new here,” said “Poche” at the end of September.

Messi still scored his first Parisian goal in September against Manchester City in C1 (2-0), and Sunday, in L1, he signed the three assists for the victory in Saint-Étienne (3-1).

Take PSG to the Champions League?

Everything should get better and better now that he is settling in his house in Neuilly-sur-Seine. The family is acclimating. His wife, Antonella Roccuzzo, is very happy to be in Paris, a city more glamorous than Barcelona, ​​where she can enjoy the City of Light, according to the player’s entourage.

“Leo”, in love with Antonella since she was 9 years old, will have to do without them at Christmas: she and their three children have to return to Argentina for a month for the holidays.

But Messi no longer has to prove his genius, perhaps just to reassure his physical power, at 34 years old.

Taste for the game, touching shyness and childish smile gave the Argentinian a very positive image, which has not changed despite his conviction for tax evasion in Spain in 2017.

Arms loaded with Ballons d’Or, he can go in 2022 to conquer the only trophy he lacks, the World Cup. While pushing Paris SG towards its first Champions League?