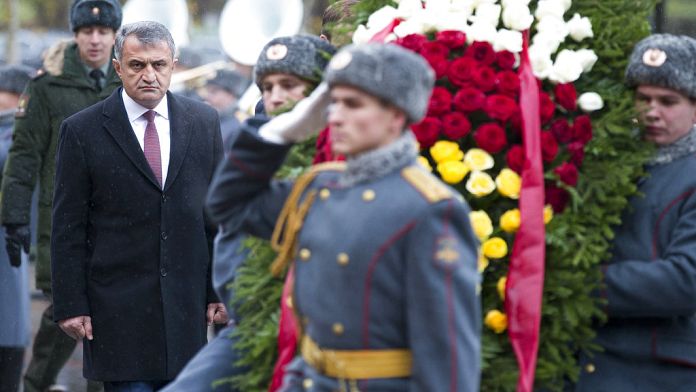 “We’re going home“. This is what the “president” of the pro-Russian Georgian separatist region of South Ossetia Anatoly Bibilov said on Telegram messaging, after the organization announced on July 17 a referendum on its integration. to Russia.

“Anatoly Bibilov signed a decree on holding a referendum in the Republic of South Ossetia“, said his services in a press release, referring to “the historical aspiration” of the inhabitants of this small Caucasian territory to join Russia, of which it is bordering.

“The time has come to unite once and for all“, “South Ossetia and Russia will be together. This is the beginning of a great new story”, added Anatoly Bibilov. The latter failed to seek re-election as “president” earlier this month and Russia expressed hope that his successor in the post, Alan Gagloyev, would be able to ensure the “continuity” in relations with Moscow.

South Ossetia at the center of the war in 2008

South Ossetia was at the center of the 2008 Russo-Georgian war, following which the Kremlin recognized its independence as well as that of another Georgian breakaway region, Abkhazia, and set up bases there military. The fighting ended after five days with the establishment of a European Union-brokered ceasefire, but left more than 700 dead and displaced tens of thousands of ethnic Georgians.

The separatist Ukrainian regions of Donetsk and Lugansk, whose independence has also been recognized by Moscow, have also expressed their interest in integrating with Russia.

The offensive against Ukraine has sparked an outpouring of solidarity in Georgia. The latter had already in the past qualified as “unacceptable” the project of South Ossetia to organize a referendum on its entry into the Russian Federation. In August 2008, Russia attacked Georgia whose government was fighting pro-Russian militias in that region after they bombed Georgian villages.