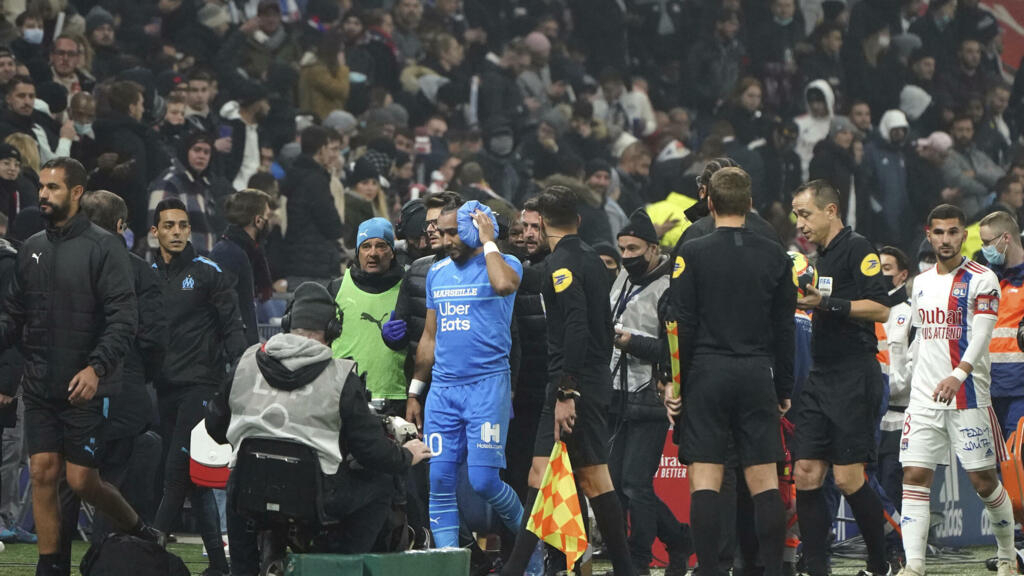 The disciplinary committee of the Professional Football League decided on Wednesday to withdraw a firm point from Olympique Lyonnais after the incidents that marked the Lyon-Marseille match on November 21, during which OM midfielder Dimitri Payet had been hit in the face by a water bottle. The match will also be replayed in Lyon, but behind closed doors.

A firm point withdrawn from theOlympique Lyonnais and a match to be replayed in Lyon, but behind closed doors. The disciplinary committee of the Professional Football League recognized, Wednesday, December 8, the responsibility of the Lyon club in the incidents of the OL-OM match, during which Dimitri Payet was hit by a bottle of water thrown by a supporter.

OL were also penalized for another game behind closed doors, which had already been purged when they received Reims a week ago (2-1 defeat).

“Any act of violence against a player in the game, especially a major player, exposes a penalty in loss of points”, said during a press conference the chairman of the disciplinary committee, Sébastien Deneux . “We took into consideration the actions of the Lyon club immediately after the incidents, which in particular allowed the identification of the author of the bottle throwing and gave the possibility of seeing it sanctioned by the criminal justice”, t he added however.

November 21, Marseille captain Dimitri Payet had received a bottle of water in the head when he was about to take a corner in front of the bend occupied by ultras from Lyon, where no protective net was installed. The match, interrupted at 0-0 after only four minutes of play, had never resumed, after an imbroglio involving referee, clubs and representatives of the State.

The author of the projectile throw, arrested, was sentenced by the courts to six months in prison suspended in immediate appearance.

“We of course considered that the club was responsible for the actions of the supporters present in its stadium. This decision highlights OL’s responsibility, absolutely,” said Sébastien Deneux.

Shaken by a wave of serious incidents since this summer, French football eagerly awaited Wednesday’s decision, while new government measures are hoped for in mid-December to respond to general indignation, further heightened by the OL-OM affair .

Wednesday’s decision is not trivial for OL, 12e of Ligue 1 with six points behind on the podium before the announced sanctions. OL also estimate the financial loss caused by a closed-door match at more than 3 million euros.

In the Lyon camp, we defended the thesis of “the individual and isolated act” that “no one can anticipate or prevent”, and we hoped to avoid any loss of point.