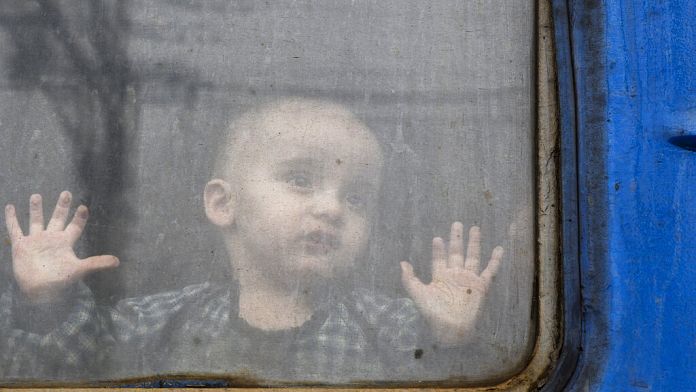 According to UNICEF, since the beginning of the Russian invasion, 4.3 million Ukrainian children, more than half of the country’s child population, have had to flee their homes. Among them, 1.8 million children crossed the borders of their country while 2.5 million fled inside the country.

The UN Children’s Fund says almost 2.9 million of them are in urgent need of safety, protection and psychosocial support.

Its chief executive, Catherine Russell, said the war had caused one of the “fastest large-scale displacements of children since the Second World War”.

In total, for the moment, the first month of war in Ukraine has resulted in the departure abroad of 3.6 million. A large part took refuge in neighboring Poland, more than two million. Then comes Romania followed by Moldova, both located in the south of Ukraine.

Other European countries like France have opened their doors to refugees. It offers to welcome at least 100,000, like its American ally on the other side of the Atlantic.