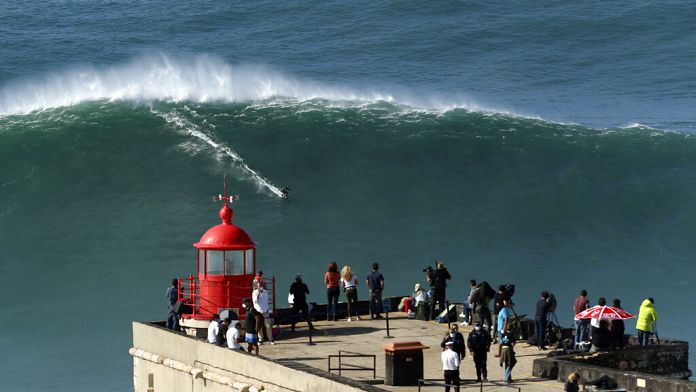 This British surfer was really scared. The scene took place on Friday, December 10, 2021 in Nazaré, Portugal.

After falling off his board, Andrew Cotton was unable to cling to a rock, as massive waves crashed over him. Thanks to the cries and whistles of people on the coast, his colleague was able to fish it out, in a jet-ski.

“The water was so rough, I was sinking, so I pulled on my inflatable vest and at one point I said to myself ok, this is really the worst that can happen to me, it can be ok bad, very very bad“confided the miraculous surfer to AFP.

The site is known for its huge waves, very popular with surfers around the world. Marcelo Luna, his Brazilian colleague and lifeguard, knows the place well.

“Nazaré has always been a nightmare for us surfers. We know it, we train hard so that it doesn’t happen, but it can happen and it has happened. But now I’m happy because I was there. “

The waves of Nazaré can reach over 20 meters, a phenomenon possible due to a 5 km deep fault in the ocean, which stops right in front of the cliffs of the Portuguese city.

Canary Islands: lava from the volcano has reached the sea