Even in the midst of a crisis, the big clubs have this ability to attract the best players on the planet, a rule to which the Barca clearly does not escape. In financial and sporting difficulties, the club blaugrana could soon recruit a top striker of the Premier League, without paying a penny.

Despite worrying results in the league and Champions League, FC Barcelona is indulging internally to extend his high hopes, like the midfielders Gavi and Pedri or the striker Ansu Fati, all three from La Masia and destined for a great future. At the same time, the club is looking to perfect its squad, especially in the offensive sector. As the advance the Mundo DeportivoJoan Laporta is very doubtful about the ability of the current attack to assume the different deadlines of the season.

After losing Lionel Messi, Barça had to urgently recruit the Dutchman Luuk de Jong, whose performance last season at FC Sevilla left much to be desired. At the same time, Sergio Aguero has still not played a minute in his new colours and is expected for the reception of Valencia after the truce. A situation that pushed the Catalan leaders to be interested in heavy reinforcements. Among several players on Barça’s short list, one in particular seems to seduce the Barcelona board, the Manchester City striker, Raheem Sterling.

As the Catalan newspaper advances, the Blaugranas have received the green light from the British winger, so that he does not extend at the Skyblues. Under contract until 2023 in Manchester, Sterling could land as early as December in Barcelona, as part of a loan with option to buy. 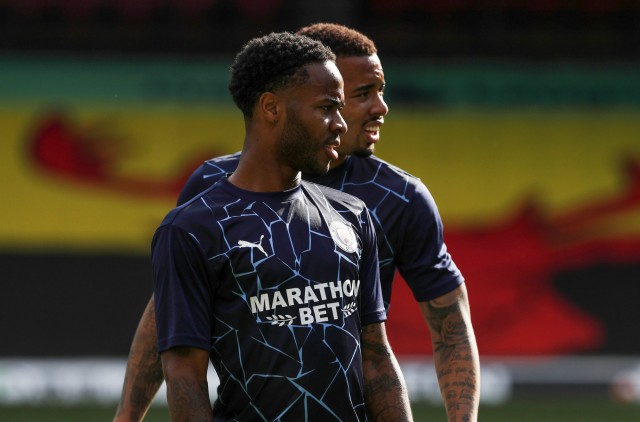 Barça has an envelope of 20 million euros for the winter transfer window, a sum that would not buy the 26-year-old but, that would ensure his loan until the end of the season. Everything could accelerate in the coming weeks for a historic transfer, since Sterling would become the first British player to wear the Barcelona tunic of the twenty-first century.