Strongly impacted during the summer transfer window by the departure of its two pillars in defense, Sergio Ramos and Raphaël Varane, the Real Madrid must since the resumption deal with the injuries of several managers, a situation that worries merengues supporters, including a football legend, passed by the Madrid stable, who has not shown himself to be tender with a part of the squad.

These are surely not the dream beginnings for Carlo Ancelotti and his men, and yet it could have been much worse. Losing his two centerpieces in defense, Raphaël Varane and Sergio Ramos this summer, few observers hoped to see Real Madrid in the first place of La Liga after 8 days.

If the Merengues come out of two stinging defeats, including one in the Champions League against the unexpected Sheriff Tiraspol, their performances since the resumption remain quite convincing, thanks in particular to the very prolific duo in attack Benzema-Vinicius. The Italian coach can nevertheless count on the return of three managers in defense after the truce, Marcelo, Dani Carvajal and the Frenchman Ferland Mendy. Saving returns, which should relieve the defensive wounds of the Spanish club, visible in the last meetings. 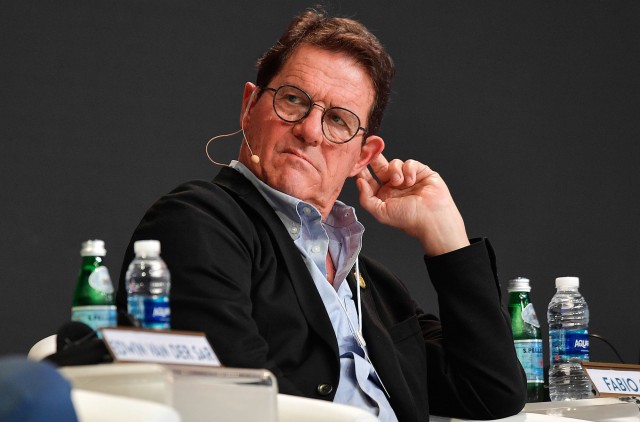 Asked about the situation of Real Madrid, Fabio Capello (passed by the White House from 2006 to 2007) was very worried about the current central hinge. For the former coach of the Three Lions, the departure of Varane and Ramos this summer has significantly impacted the defense of Real, which he does not judge at the level. “What Madrid need is a pair of central defenders. I saw them, my God…”, said the Italian. Before adding : “But they are well ahead, even without Mbappé, because they have interesting talents. Barcelona can not move, they have financial problems. But with full stadiums, incomes will increase and little by little a new cycle will open.”

It must be said that the stats of Real since the resumption echo Capello’s words, after 8 days, Los Blancos are by far the best attack in La Liga (22 goals) but also the 12th defense. A situation that could be alleviated after the truce therefore.