Following the dismissal of Ronald Koeman, Xavi Hernandez is presented as his successor at Barça. Al Sadd, the Qatari club he coaches, has made a focus on his future.

Coach of the FC Barcelona reserve team, Sergi Barjuan will provide the interim on the bench of the first team. The Barça management appointed the Catalan technician following the sacking of Ronald Koeman. The Dutch technician pays the club’s counterperformance at the start of the season. The former coach of the Netherlands was thanked Wednesday following a defeat on the lawn of Rayo Vallecano (1-0). This is the second defeat in a row of the Blaugranas after that in the Classico at the Camp Nou against Real Madrid (1-2). Sergi Barjuan appointed to ensure the interim, the name of Xavi Hernandez circulates in Catalonia to take over from Koeman. Only it will be necessary to deal with Al Sadd. The Qatari formation coached by the former Blaugrana has just clarified its situation. 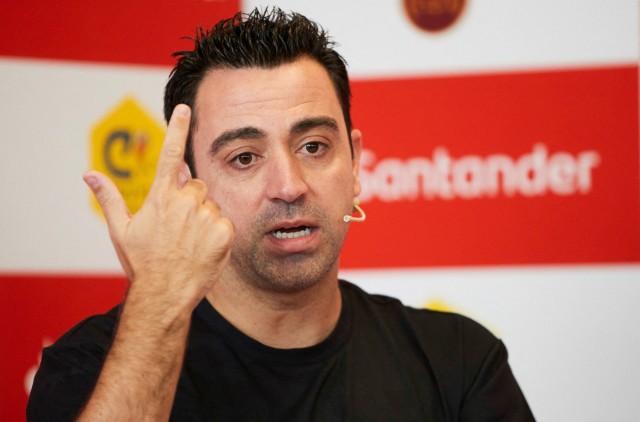 The recent winner of the Qatar Cup recalls in particular that Xavi is still under contract. A departure does not seem relevant for the Gulf club. “In response to what has been circulating recently, Al-Sadd’s management reaffirms that Xavi has a two-year contract with the club and is fully focused on the team’s upcoming games, to maintain our lead at the top of the league and defend the title,” the club recalled in a statement published on its Twitter account. Now remains to be seen whether Al Sadd will be a major obstacle at the time his coach is presented as the favourite to succeed Ronald Koeman at the FC Barcelona. Answer in the coming days.

The official decision fell for Neymar against OM!

The compositions fall, a strong choice of Sampaoli

An extension of Mbappé close to being completed!