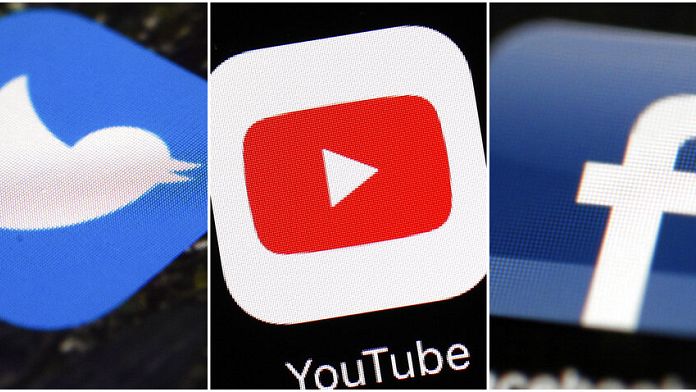 “I think there should be a Nazi party recognized by law“. The statements of the youtubeur Bruno Aiub, during an interview with MPs for his Flow Podcast show, caused a outcry in Brazil where the public prosecutor’s office announced on Tuesday the opening of an investigation for alleged apology for Nazism.

Flow Podcast is one of the most listened to shows in the country with 3.6 million subscribers on YouTube and one million on Twitch. Bruno Aiub felt during the program that “the radical left has much more space than the radical right, both should have space“, arguing for the creation of a Nazi party.

“If someone wants to be anti-Jewish, I think they have the right to be.“added the presenter who later apologized and said he was”totally drunk“at the time he made these remarks.

The video of the show has been removed from social media and the production house, Estudio Flow, announced in a statement on Tuesday that it has fired animator. Many Jewish associations, institutions and political figures have condemned these statements.

“Hate speech and the defense of hate speech have terrible consequences for humanity, and Nazism is the greatest historical proof of this.”reacted the Israelite Confederation of Brazil (Conib).

“No, defending Nazism is not freedom of expression“, said the German Embassy in Brazil on Twitter. Defend Nazism “it is to disrespect the memory of the victims and survivors of this regime and to ignore the horrors it has caused“, she added.

The General Prosecutor’s Office announced in a press release that it would analyze “the content of the statements“as part of a investigation for “presumed offense of apologizing for Nazism“.

A center deputy, Kim Kataguiri (Podemos party), present during the broadcast, is also targeted by the prosecution’s investigation for having “claimed that Germany had made a mistake by criminalizing the Nazi party”, according to the press release.

Euronews, your 10 minutes of info for December 28