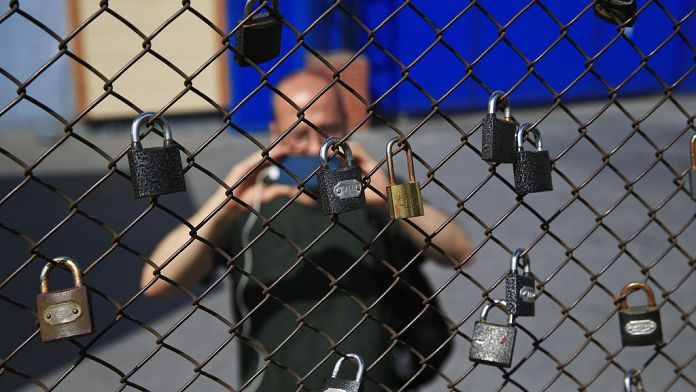 The media defense NGO Reporters Without Borders (RSF) has published its annual report. And two figures stand out :
– 488 journalists are imprisoned around the world, it is a record.
– 46 journalists were killed, the lowest figure for 20 years.

According to RSF, 488 media professionals are imprisoned around the world.

“Never since the creation of RSF’s annual report in 1995 has the number of jailed journalists been so high“, notes the NGO for the defense of press freedom, in a statement released Thursday.

This exceptional increase, of around 20% in one year, “is mainly the work of three countries“, namely the Burma, the Belarus and the China, whose national security law imposed in 2020 in Hong Kong has caused a skyrocketing increase in the detentions of journalists in this territory, says RSF.

“Never before has RSF counted so many female journalists detained.“, in total 60, that is to say a third more than in 2020, deplores the association.

While men still represent the majority of jailed journalists around the world (87.7%), Belarus is the country that has locked up more female journalists (17) than male colleagues (15).

The five countries where the largest number of journalists were detained on December 1:

The number of journalists and media professionals killed, with 46 dead, reached its lowest level in 20 years, notes the organization.

“This downward trend, which has been accentuated since 2016, can be explained in particular by the development of regional conflicts (Syria, Iraq and Yemen) and the stabilization of the fronts after 2012 and 2016, which were particularly deadly.“, RSF analysis.

The majority of these deaths are assassinations : “65% of kills are knowingly targeted and eliminated“, denounces the association.

The countries where there were the most journalists killed in 2021:

Countries where journalists are held hostage:

To end on a more optimistic note, we will also remember that 2021 saw two journalists awarded the prestigious Nobel Peace Prize.

This is the Philippine Maria Ressa and Russian Dmitry Muratov.
The Nobel committee wanted to honor their “courageous fight for freedom of expression”, At a time when democracy and freedom of the press are faced with multiple threats.

Italy: clashes between police and anti-pass in Trieste