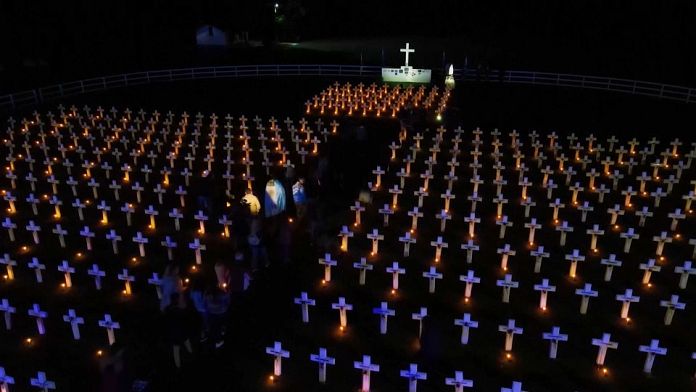 Vigils, ceremonies in schools: Argentina on Friday began a weekend of commemoration of the Falklands War (April-June 1982) against the United Kingdom, reaffirming its claim of sovereignty over the small archipelago in the South Atlantic under British control. “I believe that reason always prevails, and we are right. And at some point reason will prevailsaid President Alberto Fernandez in an interview with the BBC. Argentina still claims the South Atlantic islands which it calls the Malvinas.

A territory under British control

less commemorations on the British side. A few veterans gather in Port Stanley to remember that time when they repelled Argentina. The Falklands, under British control since 1833 but still claimed by Argentina today, are indeed British. The lightning conflict left some 900 dead: 649 Argentinian soldiers, 255 British and three inhabitants of the islands.

War in Ukraine: the European Union announces the exclusion of several Russian banks from Swift