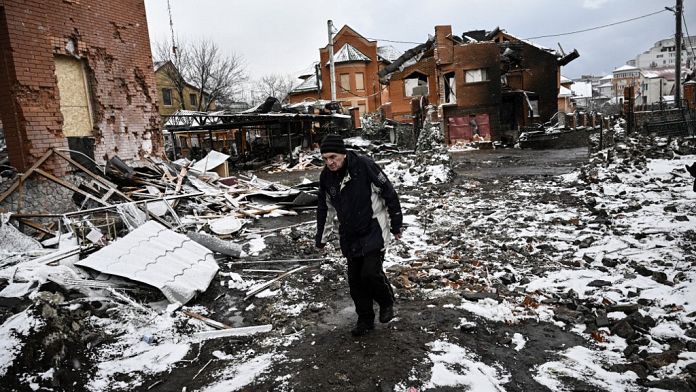 What do you need to know about what has happened in the past few hours? Here are the main points to remember.

A new ceasefire has been announced by the Russian army and should come into force this Wednesday in Ukraine. It will concern the cities of Sumy, Mariupol, Kyiv, Kharkiv, Chernihiv and should apply from 10 a.m. local time.

5,000 residents were evacuated on Tuesday, Deputy Head of the Ukrainian Presidential Administration, Kyrylo Tymoshenko, was quoted by Ukrainian media as saying on Wednesday. It was the first successful evacuation since the fighting began. Residents were loaded onto buses heading for Poltava, located further south in the country.

The Ukrainian authorities had announced the establishment of a humanitarian corridor on Tuesday morning to evacuate civilians from Sumy, a town of 250,000 inhabitants located near the Russian border and the scene of heavy fighting for several days.

The United States, while continuing its discussions with Poland, considered that Warsaw’s proposal to deliver its MIG-29 planes to the American army and then hand them over to Ukraine is not “viable”, said said the Pentagon spokesman on Tuesday.

Poland said on Tuesday that it was ready to “move all its MIG-29 planes without delay and free of charge to the Ramstein base (in Germany, editor’s note) and make them available to the United States government”. According to the American press, in exchange Washington would have been ready to deliver F-16s to Poland.

The MIG-29 is one of the few aircraft that Ukrainian fighter pilots can operate without prior training.

Systems for remotely monitoring nuclear materials at the Chernobyl power plant in Ukraine have stopped transmitting data to the International Atomic Energy Agency (AEIA), it said on Tuesday.

Rafael Grossi, the head of the IAEA – the United Nations nuclear watchdog – “indicated that the remote transmission of data from the safeguards monitoring systems installed at the Chernobyl nuclear power plant had been cut off”, the IAEA said in a statement.

“We will fight until the end”, declared in front of the British parliament Volodymyr Zelensky during a speech with accents Churchillians The Ukrainian president spoke by video link, during an intervention aimed at obtaining more support for his country after the Russian invasion.

In an interview broadcast by the American channel ABC, Volodymyr Zelensky also affirmed that he no longer wanted to insist on obtaining Ukraine’s membership of NATO, one of the questions which officially motivated the Russian invasion.

He says he is ready for a “compromise” on the status of the separatist territories in eastern Ukraine, whose independence Russian President Vladimir Putin has unilaterally recognized.

President Joe Biden announced on Tuesday that he had ordered an embargo on US imports of Russian oil and gas.

This decision was taken “in close coordination” with the allies of the United States, he specified.

The United Kingdom will, meanwhile, stop imports of Russian crude oil and petroleum products by the end of 2022, the government has announced.

French soldiers train on a shooting range in Romania