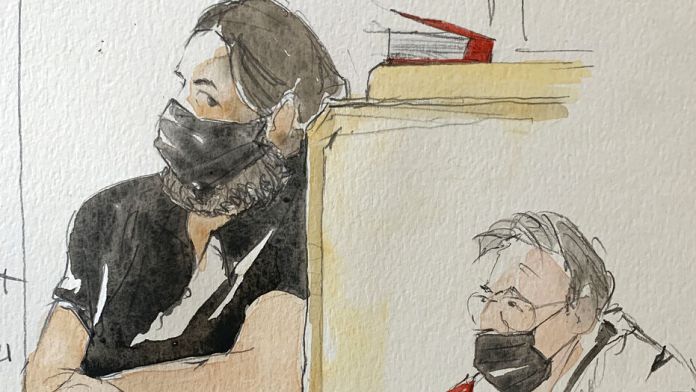 What will Salah Abdeslam’s attitude be? The behavior of the main accused, very vindictive Wednesday, will be followed with attention Thursday before the special assize court of Paris, during the second day of the trial of the attacks of November 13.

Thursday’s hearing must, like the one the day before, be devoted solely to the appeal of the civil parties, but the court is not immune from a new glare on the part of the one to which all eyes will still be turned.

At the opening of this “historic” and “extraordinary” trial, Salah Abdeslam, the only surviving member of the commandos who killed 130 people and injured hundreds in Paris and Saint-Denis on November 13, 2015, claimed that he had “abandoned all profession to become a fighter of the Islamic State”.

The 31-year-old Franco-Moroccan, who had been rather mute since his arrest in Belgium in March 2016, did not hesitate to speak out… even when he wasn’t invited.

The brief malaise of one of his co – defendants – a total of 20 people are on trial for nine months-was an opportunity for Salah Abdeslam to launch a vindictiveness against the French justice system.

Standing, his mask removed, raising his tone and his index finger pointed at the court composed only of professional magistrates, he announces that the defendants are “treated like dogs“.

“Here it is very beautiful, there are flat screens, air conditioning but there (in prison) we are mistreated, we are like dogs“, belched Abdeslam, who is accused of complicity in terrorist crimes and faces life in prison.

“I’ve been treated like a dog for six years. I never complained because I know that after we will be resurrected and you will be held to account“, he added.

Unfazed, the president of the court Jean-Louis Périès was not impressed by the provocations of the accused who received no echo among the ten other men present in the box at his side.

“Here we are not in an ecclesiastical court, we are in a democratic court“, develops the magistrate.

At the very beginning of the hearing on Wednesday, when the court asked him to decline his identity, Abdeslam said that”there is no deity except Allah and that Muhammad is his messenger“.

The largest criminal hearing ever organized in France: for nine months, the court will plunge into this titanic file. It is unprecedented in its scale-542 volumes – in its number of civil parties – at least 1,800 – and in its emotional charge.

Testimonies from survivors and relatives of the victims will begin on September 28, for five weeks.

Before opening the proceedings on Wednesday, in an unusual way, the president of the court solemnly wished to recall the rules of a criminal trial, and in particular “respect for everyone’s rights, starting with the rights of defence“, inviting all parties to “keep in mind this purpose (…) in order to maintain justice in its dignity“.

On Friday, November 13, 2015, the night of terror began at 21: 16: three suicide bombers blow themselves up at the gates of the Stade de France, during a friendly football match between France and Germany.

In the heart of Paris, two three-man commandos gunned down terraces of cafes and restaurants and fired on the crowd of a concert at the Bataclan, where the assault will be given shortly after midnight.

Six years after this nightmare night, eleven defendants are in the box and three appear free under judicial supervision.

Six other defendants are being tried in their absence, including the ringleader and veteran of the jihad Oussama Atar ,and the”voicebrothers Fabien and Jean-Michel Clain, all three presumed dead in Syria.